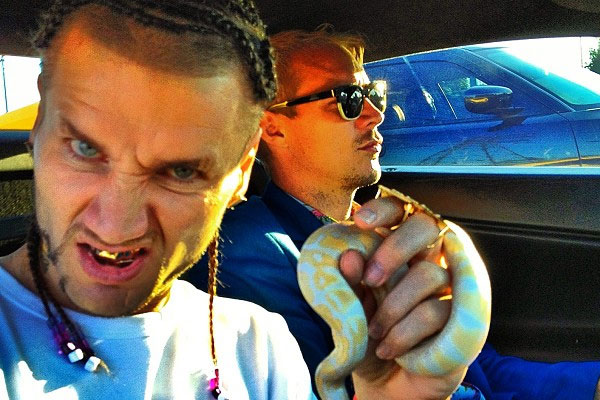 So we never thought this would be a thing, but Riff Raff and DJ Afterthought have teamed up with Diplo for a respectable record titled “Vibe.”

The atmosphere of the track goes perfectly with the album’s namesake, Balloween, and features a lazily strummed guitar and cadence that screams of the breakthrough style of artists like Shwayze and Asher Roth.

Releasing on October 20th, Balloween is proving to be anything but what we expected from Riff Raff’s comedic personality. The LP will feature loads of guest production, from Mr. Oizo, Calvin Harris, and even Dirt Nasty of all people… Get hyped.