Over the weekend, we took a gander at what we thought would be the tracklist for the forthcoming EP by The Chainsmokers, Collage. “Closer,” “Don’t Let Me Down,” and “All We Know” were the three tracks we picked, along with the upcoming single “Setting Fires.” As it turns out, we were almost entirely correct.

The only track we missed was “Inside Out” with Charlee, the track with perhaps the least amount of crossover potential as the others. Nevertheless, it appears that it will be the second to last track of the EP. “Setting Fires” will feature indie group XYLØ who, like The Chainsmokers, are signed to Sony subsidiary Disruptor Records.

In any case, from start to finish, this is how the EP will look… 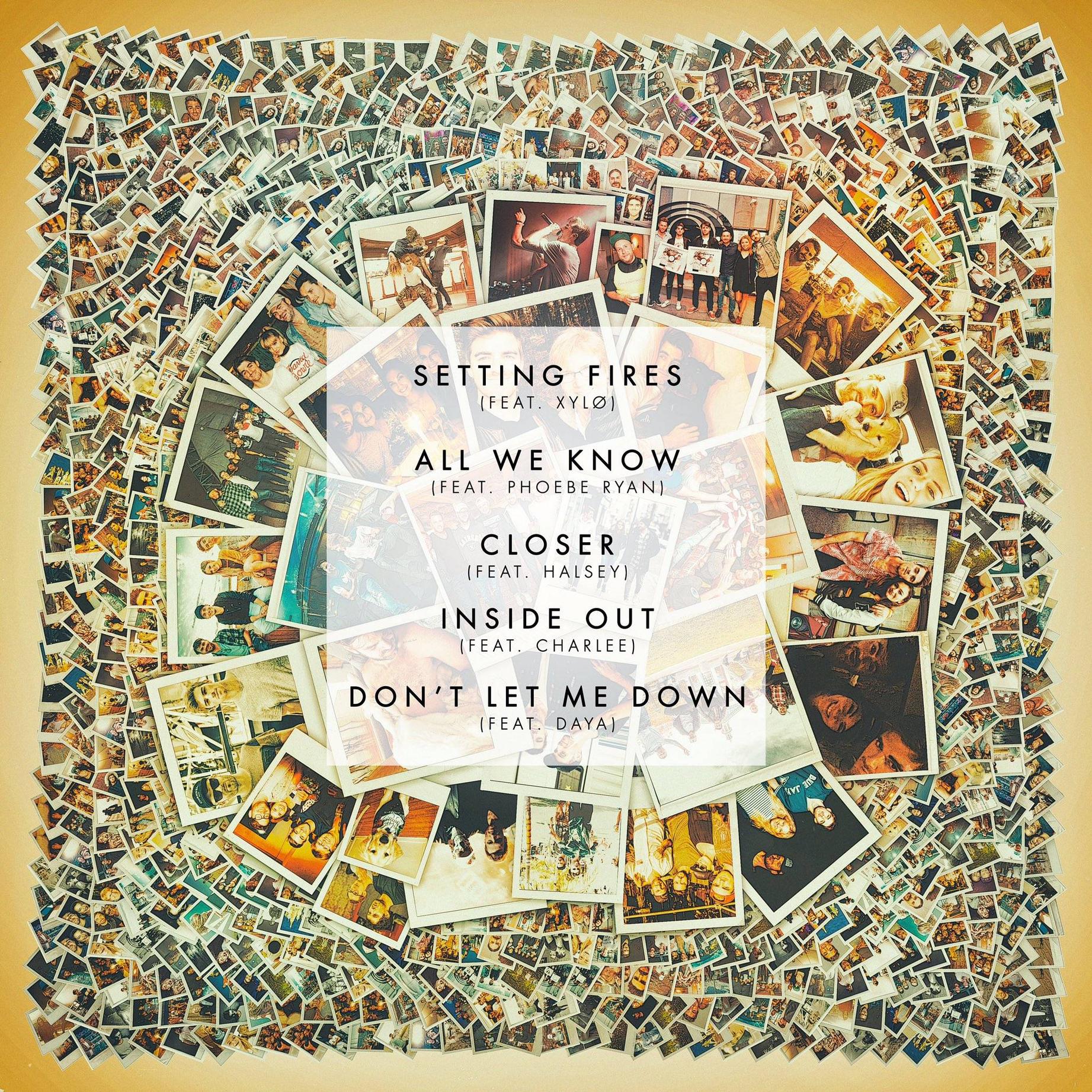 For those wondering, it’ll drop on November 4th alongside “Setting Fires”. In the meantime, revisit the four tracks that have already dropped below.