At the beginning of this month, when Daft Punk return rumors were at an all-time high, the Internet discovered a website that many believed to be a clear confirmation of the speculation. Even though Alive2017.com displayed only a black background with the word, “Alive,” written in plain text, the site’s code revealed much more information. Geo-coordinates based in Paris, Los Angeles, London, New York, Tokyo, Sao Paulo, Ibiza and Indio (the location of Coachella) were found alongside the name Shep, a reference to a character in Daft Punk’s musical movie Interstella 5555.

The line of code ended with the phrase, “Wake Date 2016-10-27,” leading us to believe that we would be receiving updated information on this date. 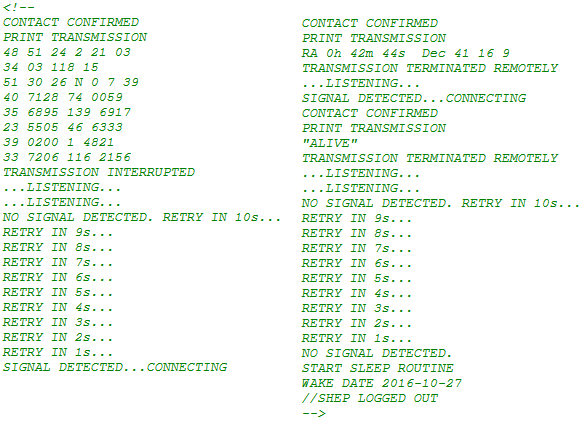 And here we are, the 27th of October, and nothing about the website has changed. There has not been any new information given about Daft Punk’s alleged return, and the fact that the website was purchased three days after their song with The Weeknd was released is now near-proof that it has nothing to do with the duo.

Combine this lack of news with the revelation that Daft Punk won’t, in fact, be playing Glastonbury, and all we’re left with is a kiddie pool filled to the brim with our tears.