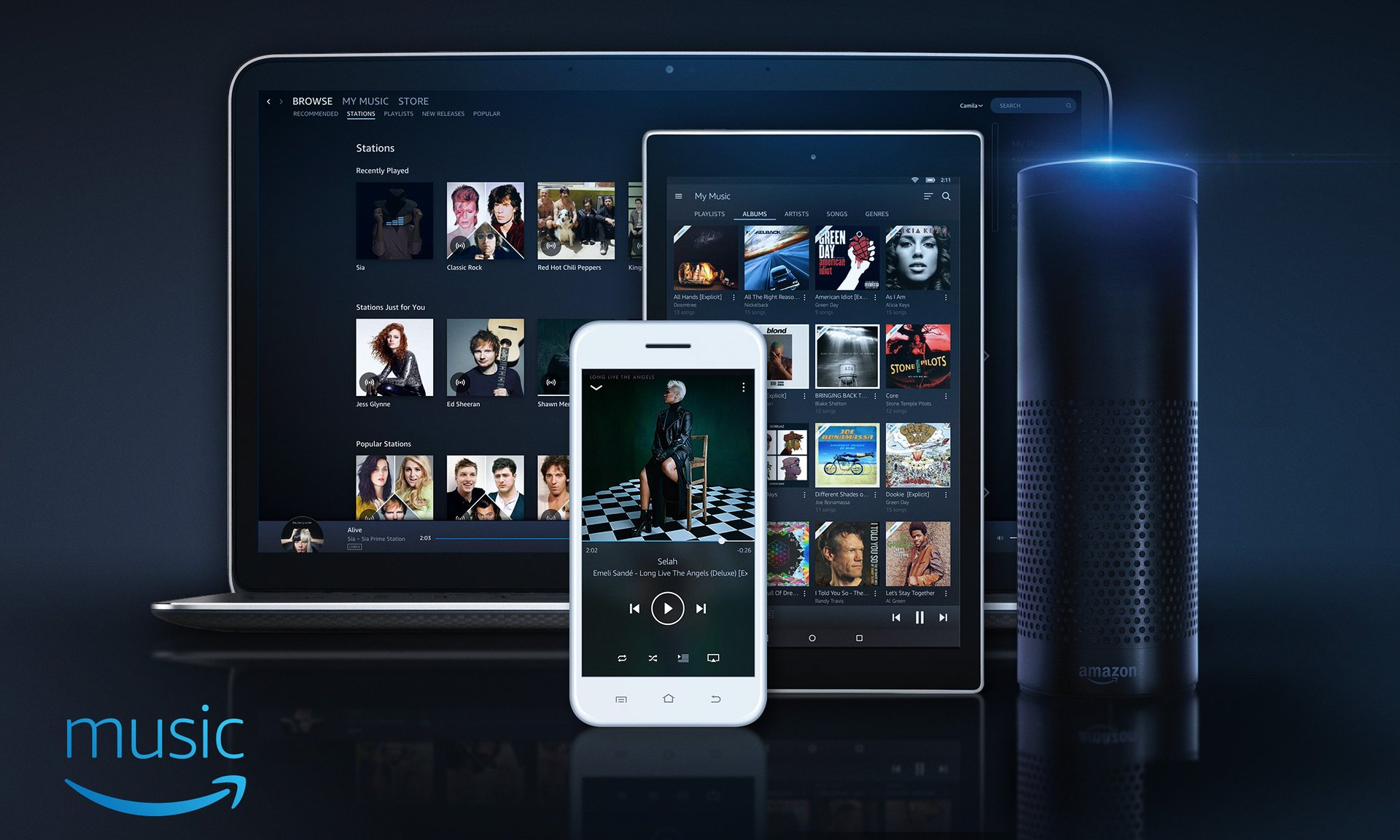 We’ve mentioned several times in the past that tech giant Amazon has been trying to cross over into the music streaming world with a platform of their own. Now, they’re ready to roll in the UK as Amazon Music Unlimited has just officially launched.

So far, the platform boasts a catalog of 40 million+ songs which puts it in line with Apple Music and slightly ahead of Spotify at a competitive price point of £9.99 a month. The major selling point with Amazon Music Unlimited is that with a whole line of other tech products available, they’re able to bundle them all together.

For owners of Amazon’s voice-activated Amazon Echo there’s a further discount to be found if you sign up for Amazon Music Unlimited dropping to just £3.99 a month. Best of all the voice-controlled speakers allow you to interact with Amazon Music Unlimited by requesting specific playlists based on both mood and time period – ‘sad 90s music’, ‘happy 2000s R&B,’ for example – via voice control. Even more impressive perhaps, is that Amazon Music Unlimited has lyrics integrated into their database allowing users to request songs based on specific lyrics.

Amazon will also take a leaf out of Spotify’s book with their own set of recommended personal playlists of their own for the less-adventurous.

Amazon Music Unlimited is now available in the US, UK, Germany, and Austria.