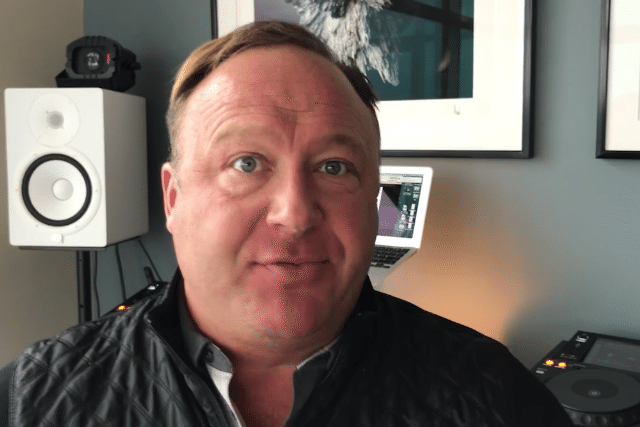 According to new video evidence found by SPIN, it appears that Alex Jones, one of the leading voices of the conspiracy theory community, might be some sort of secret acid house DJ in his spare time. Hear us out.

A Youtube video uploaded to Alex Jones’ official channel about a week ago about voter fraud and Black Lives Matter mysteriously opens with a shot of a large mixer, a Roland TR-808 drum machine, and what seems to be several TB-303 bass line synthesizers. Meanwhile, as Jones speaks, a pair of monitors and two Pioneer CDJS can be seen in plain view.

Now, while this is already enough to at least prove some interest in dance music on Jones’ part, it’s the next piece of evidence that seals the deal.

A comment was posted by Alex Jones’ official Youtube account six months ago on a four-year-old video uploaded by acid house producer DJ A Guy Called Gerald, referencing the TB-303 in the video of him creating a beat.

If this comment, combined with the equipment featured in his recent video, isn’t a sign that Alex Jones is an acid house fanatic, then I’m a lizard person plotting to take over the federal government.