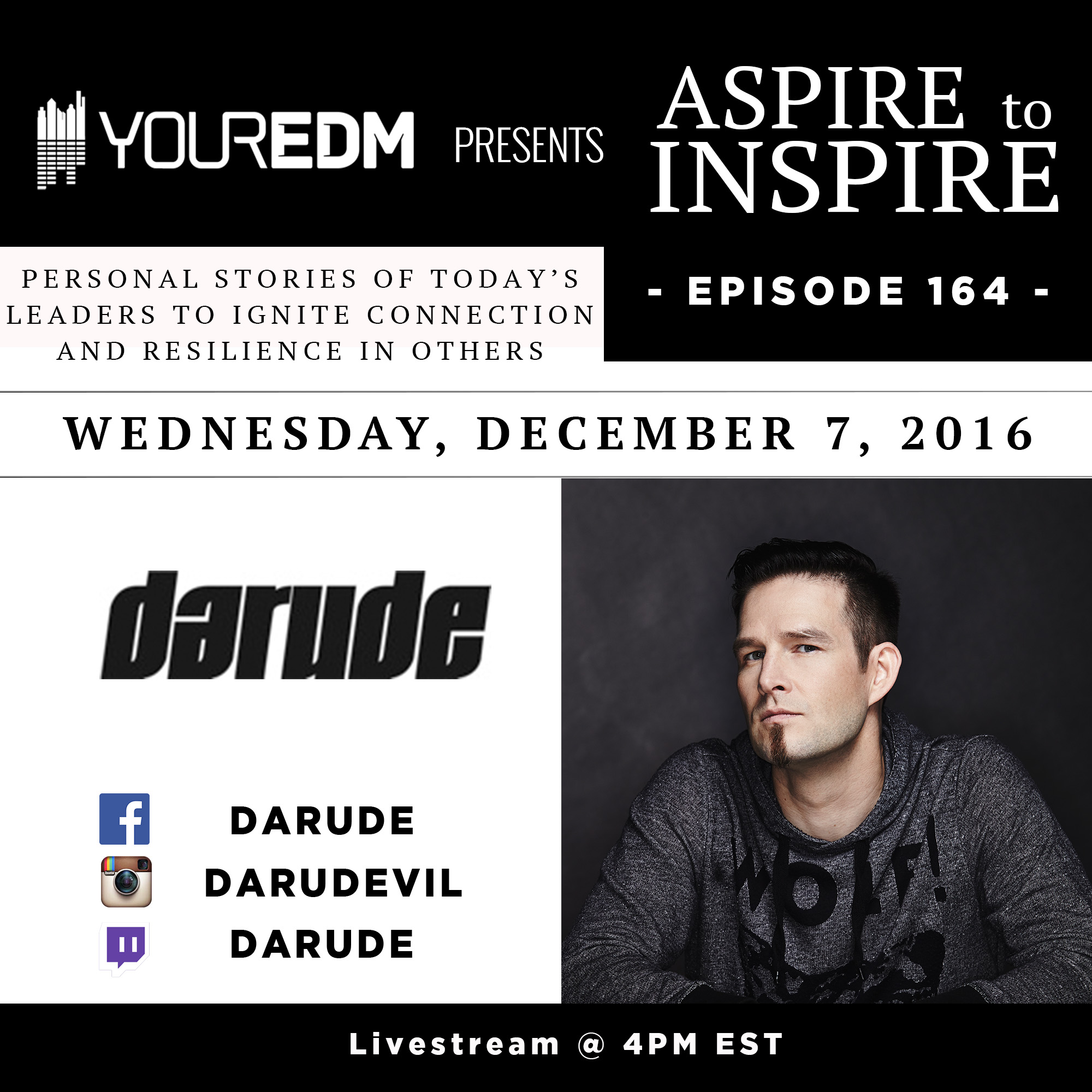 If you’re a music fan, then it’s promising that you know Finnish producer/DJ, Ville Virtanen, aka Darude.

Nearly four years after Darude started producing music, he released platinum-selling single, “Sandstorm” in 1999. He was thrust into the spotlight almost immediately and was forced to adjust to this newfound notoriety at lightning speed with very little experience in the music industry. Now 17 years later, Darude has managed to stay relevant, despite the projections of many critics. He has released additional chart-topping hits like “Feel The Beat,” “Music,” “Beautiful Alien,” and his most recent single, “Moments,” as well as four full-length albums, and has toured the world performing at the most prestigious festivals including Tomorrowland, Groove Cruise Miami, Future Music Festival in Australia, and even TwitchCon in San Francisco.

If you or a friend/family member have experienced bullying of any kind, please refer to Mental Health America‘s materials below for help:

What To Do If I’m Bullied