Following a massive Phase 1 announcement that featured highlights such as Marshmello, Zeds Dead, Disclosure, and a special RL Grime vs Baauer set, Decadence NYE Colarado has finally unveiled the finishing touches on their completed lineup which now sports some even more enticing head-liners.

Flume, Adventure Club, The Chainsmokers, Bassnectar, Tiësto, Griz and Eric Prydz have all been billed together as headliners. Special guest Snails will also make an appearance as will Big Wild, Michael Brun, Bob Moses, Kasbo, and a whole host of other exciting emerging acts.

The festival will take place December 30th and 31st (naturally) at the Colorado Convention Center. Pick up your tickets here and check out the full roster at the official site here.

Take a look at what you can expect with this fan-made aftermovie from 2015’s festival. 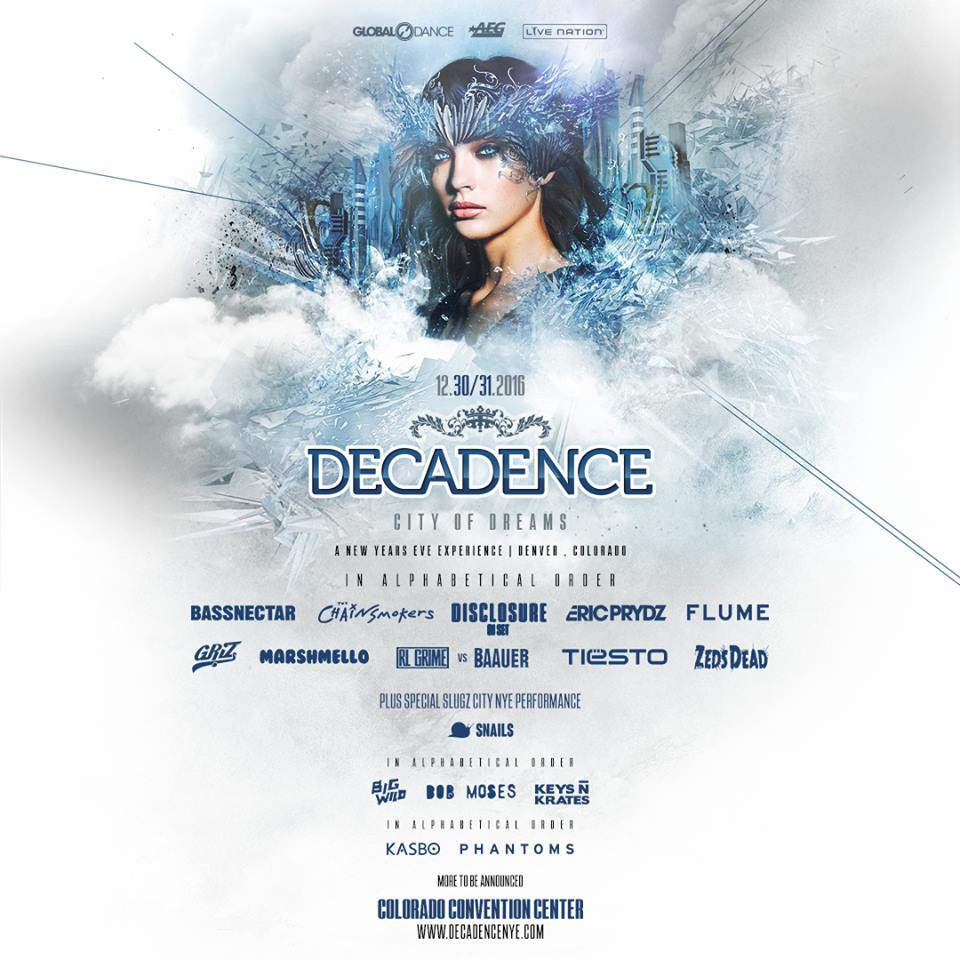 Five Ways That Orfium Sets Itself Apart From Soundcloud