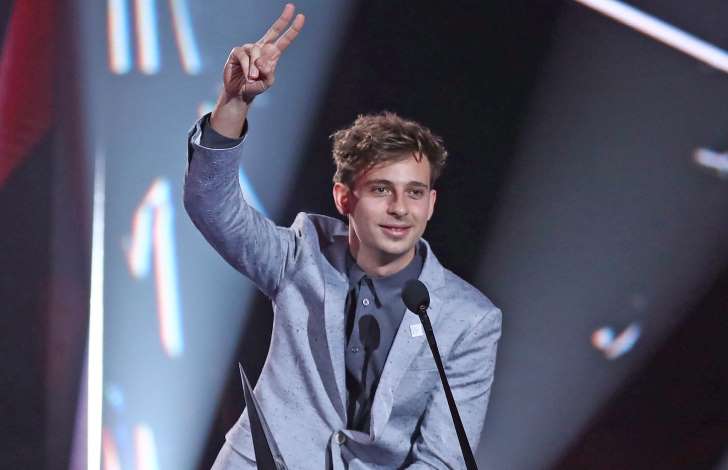 2016 has been a great year for Flume. On top of his best-selling album Skin and the following tour, he was also named one of our Top Producers of 2016, and Skin was our #1 album of the year. All of this fame can have quite an effect on a person, but in a recent interview with the Chicago Tribune, Flume seems to be handling it all pretty well, saying that he’s “massively relieved” now that the album is out.

Skin had many famous collaborators on it, including Tove Lo, Vic Mensa and Beck. For the second two, Flume goes into the process of collaborating with them on the album.

On Vic Mensa: He was playing a festival, and I was a fan of what he was up to. I hit him up, and we go in the studio together, and he played some of his ideas he was working on and I played him some of my stuff. There was a particular idea of mine that I was working on that he was really excited about, and that became (“Skin” track) “Lose It.”

On Beck: I was in L.A., and we were looking for people to work with, and my manager knew Beck was someone I was into. One day I got a call from my manager and he was like, “Hey, do you want to go to Beck’s house today?” I caught an Uber to his house and I knocked on the door, and there he is, it’s Beck, welcoming me into his house. It was kind of surreal, to be honest. I was wearing pink board shorts and a backpack and a cap, and I realized I looked like some kind of kid, just walking into this legend’s house, but he was really down to earth. We basically just hung out in his studio space. I played him a bunch of ideas and he would walk around the house with a microphone, (he’d) walk into the kitchen just singing, and I’d record everything.

With so many unique and big names on the album, it wouldn’t be surprising that Flume worried about them overshadowing his production – but he’s not. For him, predictably, it’s all about the music and whatever comes out of a session is fine with him as long as it’s to the best of everyone’s abilities.

Check out the full interview here.