Pandora, the radio and randomized playlist streaming app, ranks No. 4 on the App Store and No. 3 on Google Play (and #5 overall) by revenue during 2016, with YouTube placing 10th on the App Store.

Overall, the lists of most downloaded and highest earning apps during the year prove a shift toward streaming services of various types from more conventional forms of media consumption. Netflix, Spotify, HBO NOW, Hulu and more are among the top apps by revenue, connoting the ever-expanding trend of quick, customized audio and video that reins supreme over the Internet.

Check out the lists below. 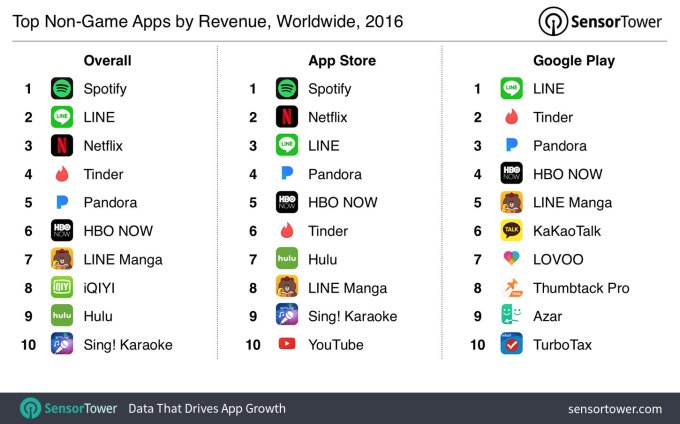 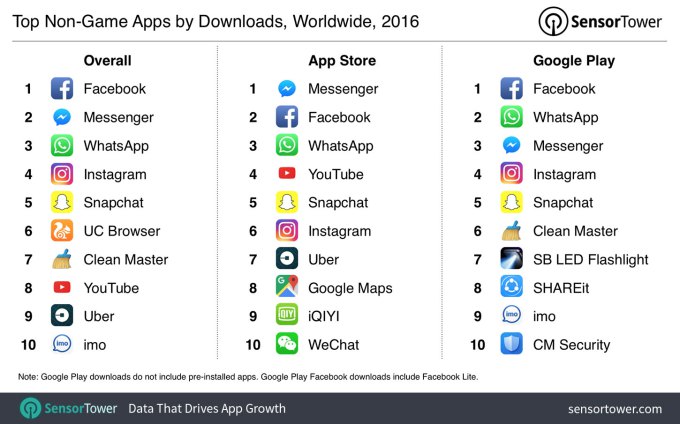