Last night, Tiësto began his annual marathon of astronomical birthday celebrations (his birthday is January 17th), and to mark the occasion, the City of Las Vegas decided to give him a little something special.

As the Dutch superstar stepped out of his Aston Martin and entered the lobby of the MGM Grand, County Commissioner Steve Sisolak presented him with the Key to the Las Vegas Strip. In addition, January 14th has been formally honored as “Tiësto Day.”

“I am thrilled to present Tiësto with the Key to the Las Vegas Strip. Bringing his innovative talent to the Strip in conjunction with Hakkasan Group, Tiësto has changed the face of the DJ world. Through his dedication and passion for his work, Tiësto continues to be an inspiration, not only to other DJ artists, but to all Las Vegas performers.” – Sisolak 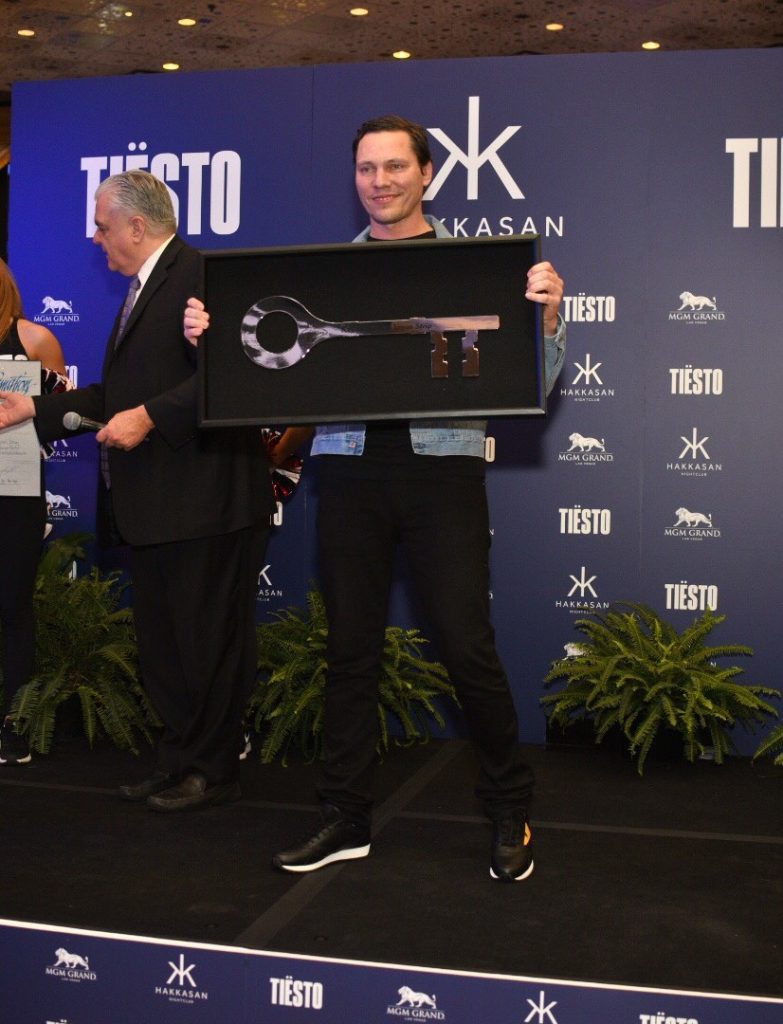 Tiësto’s residencies have become a staple of Las Vegas’ nightlife, and similar to Insomniac’s Electric Daisy Carnival, the globally renowned producer/DJ has had a lasting impact on the city’s economy. Join Tiësto in celebrating his 48th birthday with his first single of 2017, “On My Way.”

Skrillex ‘Un-Privates’ VIP Edit of Korn Collaboration ‘Get Up!’

Skrillex 'Un-Privates' VIP Edit of Korn Collaboration 'Get Up!'