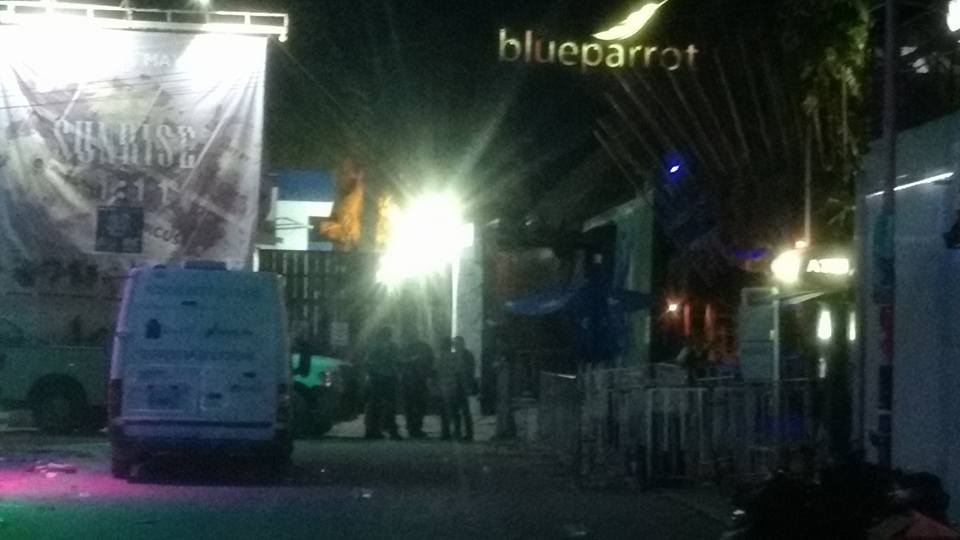 Official reports have come in regarding the deadly nightclub shooting at the Blue Parrot last night during BPM Festival in Playa Del Carmen, Mexico. Five have died, and fifteen injured and sent to hospitals.

The terror began around midnight PT when shots were heard at the Blue Parrot nightclub and people began running into the street in a frenzy. In the turmoil, many were injured or shot. It is believed that the violence may have been caused by the cartels.

It is with great sadness to share that police have confirmed reports of a lone shooter outside the Blue Parrot nightclub in Playa Del Carmen earlier today, which resulted in four fatalities and twelve injured. The violence began on 12th street in front of the club and three members of the BPM security team were among those whose lives were lost while trying to protect patrons inside the venue.

The BPM Festival has been working closely with the local authorities (Seguridad Publica / Policia Turistica) throughout the festival to ensure public safety and security for all visitors. We are overcome with grief over this senseless act of violence and we are cooperating fully with local law enforcement and government officials as they continue their investigation.

Our thoughts and prayers are with all the victims and their families and all those affected by these tragic events.

In a later update, according to Associated Press, the death toll has climbed to five and fifteen people were injured in the event.

Local news site Semanario Playa News has released an incomplete list of names of the injured.

If any friends or family members are still unaccounted for, please reach out to make sure they are okay. Our thoughts and prayers are with the community at this time, and our hearts go out to those not fortunate enough to leave with their lives intact.