Hamburg, Germany’s Elbphilharmonie is Earth’s most “acoustically perfect” manmade structure.In fact, the only imperfections of the auditorium will be the reason for its existence: people. The exquisitely designed, $843 million building was planned by Swiss architectural firm Herzog & De Meuron, along with One to One Studio and the help of various engineers.

Not only has the geometry of the space been carefully considered, but the materials in its construction have also been scrutinized to provide the perfect atmosphere. There are three concert halls in the Elbphilharmonie, but the central auditorium is by far its most grand.

Audiences will be limited to the auditorium’s 2,150 seats, gorgeously adorned with the light of 1,000 hand-blown glass light bulbs, but most impressively, the room’s 10,000 panels are each uniquely formed from gypsum fiber according to parametric design using algorithms which denote the ideal form of an object. It’s these very algorithms which give the auditorium such a fluid, spacefaring appearance like something you’d see in The Fifth Element. 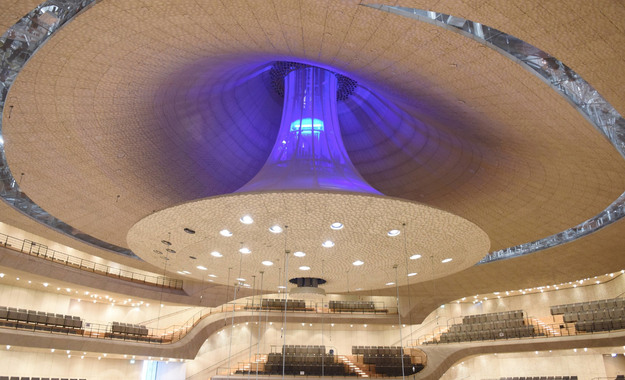 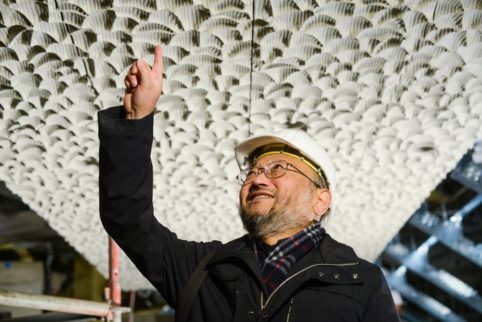 “The 10,000 panels feature one million ‘cells’—little divots that look like someone used a seashell to carve out a chunk of material. These cells, which range anywhere from four to 16 centimetres across, are designed to shape sound within the auditorium. When sound waves hit a panel, the uneven surface either absorbs or scatters them. No two panels absorb or scatter sound waves alike, but together they create a balanced reverberation across the entire auditorium.” – Wired 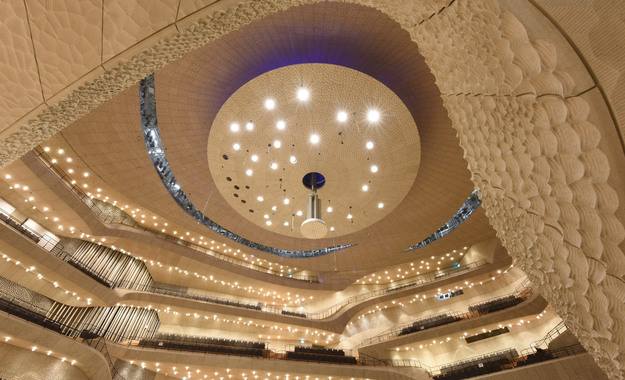 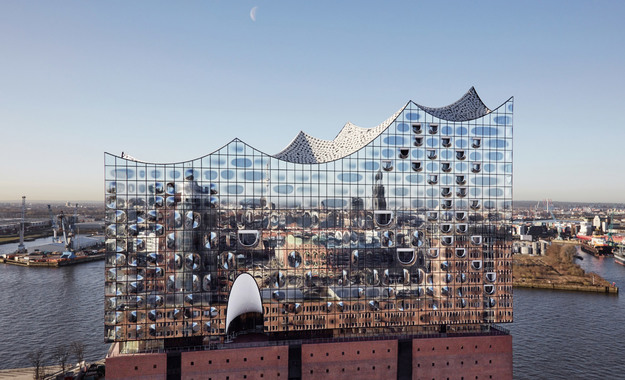