Tickets For The Chainsmokers’ New Tour Are Super Expensive

UPDATE: The Chainsmokers just announced that if you purchase a ticket to the tour, you automatically get a copy of their new album – which will be all new music, by the way.

The Chainsmokers just announced a massive 40-date arena tour across the US, but a lot of people are going to find it hard to afford tickets. It varies by venue, but GA tickets range from $40-$90 (with floor tickets in Toronto specifically exceeding $100) depending on section and area of the arena you want, with the most expensive tickets going for floor spots.

However, the VIP accommodations are where your wallets are going to start hurting. With packages ranging from $200 to $900+, and perks varying from access to soundcheck at even the lowest level, and at the highest level offering way, way more, some fans will no doubt go for the gold.

The Chainsmokers have assured fans that the shows will be “unlike anything” they’ve done before, especially considering they announced new stage production, as well. The tweet also mentions live music, so we might really be seeing a new era in Chainsmokers performances in 2017.

Check out dates below and find more info about shows here. 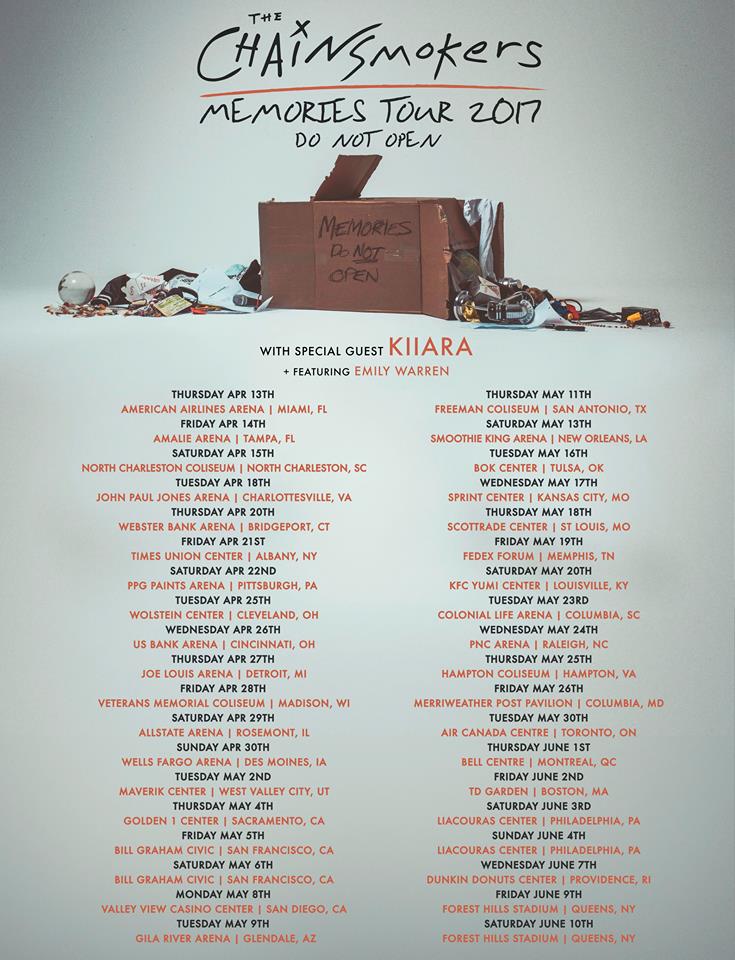