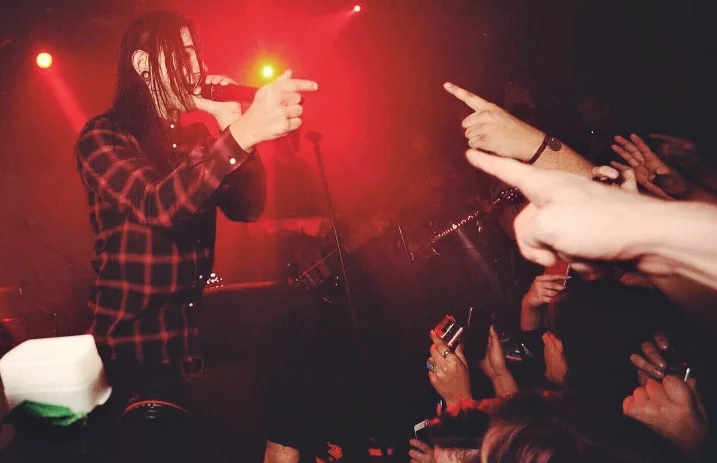 Recently, there have been reports that Skrillex, aka Sonny Moore, might be working on reuniting with is old band From First To Last. These rumors surfaced as early as July of last year and became more of a reality with the bands most recent release, “Make War“, featuring vocals from Moore. To further claims that Moore is making his vocal accompaniments a more permanent arrangement, the band recently updated their bio on Instagram and posted a picture which included Moore’s face. Now a new development might just prove that Moore is sticking with FFTL, at least for a little while.

More compelling evidence has been collected to ignite the hopes of many that FFTL might be going on a reunion tour of sorts. Last night, Moore was caught singing with FFTL at Emo Night in Los Angeles. This was the first time Moore had performed with the band since 2007. He performed the songs “Note to Self” and “Emily” with the band and we have some video evidence for your viewing pleasure!

Last time I saw this song live I was in 6th grade ?@Skrillex with @FFTLAST at @emonightLA pic.twitter.com/3EhJAro4Hg

still shook ‘ such a great surprise ‘ where were you when this happened ? @Skrillex @FFTLAST @emonightLA #20072017 pic.twitter.com/I8jtM2OmzV