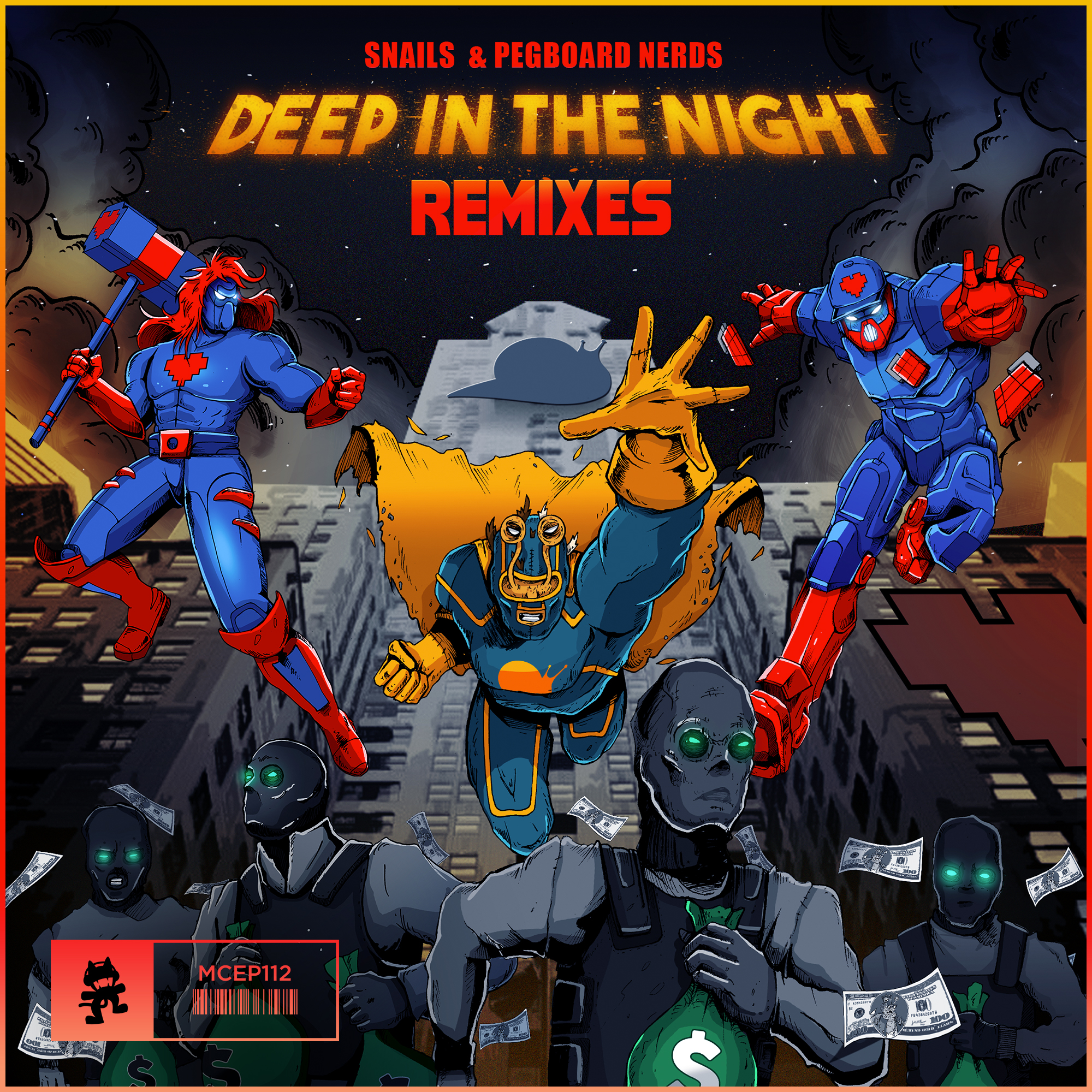 With so many varying tastes in music, labels often have a hard time putting remix packages together that will make everyone happy. Listeners will usually favor one or two of the bunch and move on, not likely to return to the others again. However, Monstercat may have finally broken this curse, bringing three of the most prominent names in bass music to put their own fresh twists on Snails‘ biggest brostep track of 2016, “Deep in the Night,” his collaboration with Pegboard Nerds.

Each featured remix on this package brings something different, but all are equally headbang-worthy, spanning across varying brands of dubstep, hybrid trap and drum & bass. The first of the bunch comes from the newly-helmeted duo Barely Alive, who throw back – more or less – to older styles of brostep, but with a heavy modern trap influence. It’s worth noting that Barely Alive hasn’t released with Monstercat since late 2013, so this remix definitely came as a welcome surprise.

On the other hand, Dion Timmer‘s appearance is no huge surprise (with the Dutchman releasing on the label twice in the last six months), but his remix is just as deadly. The Excision protégé comes in guns-blazing with his “neon” brostep style, reminiscent of his remix of Skrillex‘s “Pretty Bye Bye.”

The third – and final – “Deep in the Night” remix comes from the mind of Muzzy, Monstercat’s native drum & bass champion. Originally teased in ep. 86 of Kannibalen Records‘ bi-weekly podcast as a mashup with Hamilton‘s “Step Three” remix, bassheads should be going wild over this one. Though it feels more like an edit than a remix, it still manages to blend in Muzzy’s signature style in a way that also brings out the best of the original’s production.

Listen to all of the “Deep in the Night” remixes and buy the EP below:

Support on all platforms: Monstercat.lnk.to/DITNRmxs