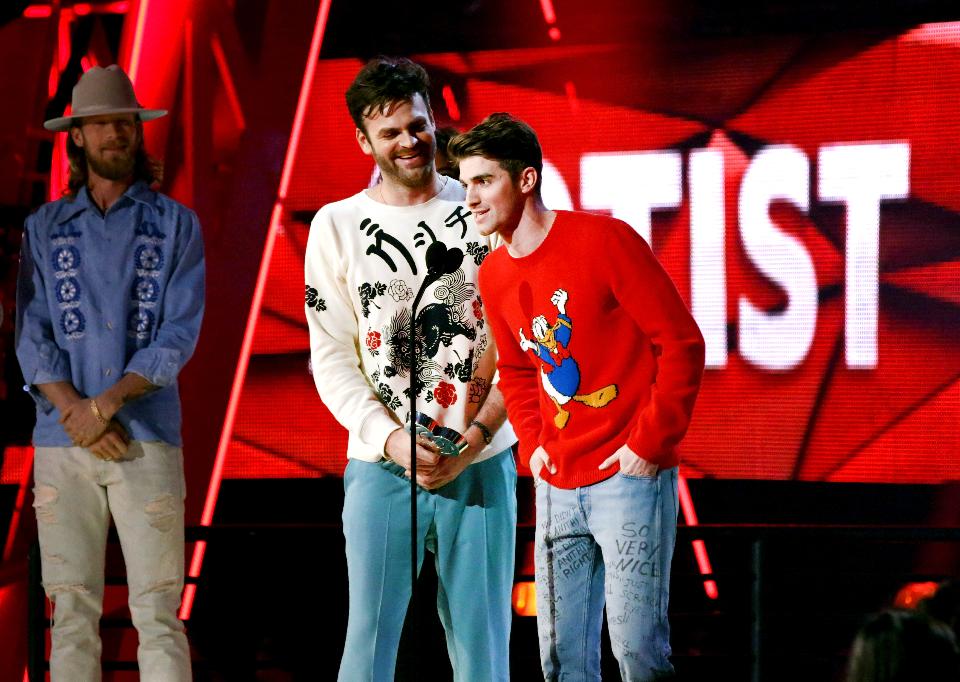 Before you say anything let me just reiterate this one tiny point. The Chainsmokers. Are. Unstoppable. Having just tied The Beatles and The Bee Gees record of three concurrent singles in the Top 10 of the Billboard Hot 100, they’re back at it again flexing their radio dominance on the Billboard Hot Dance/Electronic charts.

Last tracking week it was “Paris” in the top spot and the week before that it was “Closer” and now this tracking week, “Something Just Like This” finds itself at the top of the charts to give the duo an unprecedented three consecutive #1 hits on the chart in one neat row.

Meanwhile, the single’s success has translated on the main Hot 100 as well. While Ed Sheeran is still holding steady at the top having spent five out of its eight weeks on the chart in #1, “Something Just Like This” has since climbed to #5 after debuting at #56..a ridiculous 51 spot climb. That, along with “That’s What I Like” by Bruno Mars are currently looking like the best bets to claim the #1 spot from Ed which would mark the second and fifth #1s for The Chainsmokers and Bruno Mars respectively if that were to happen.