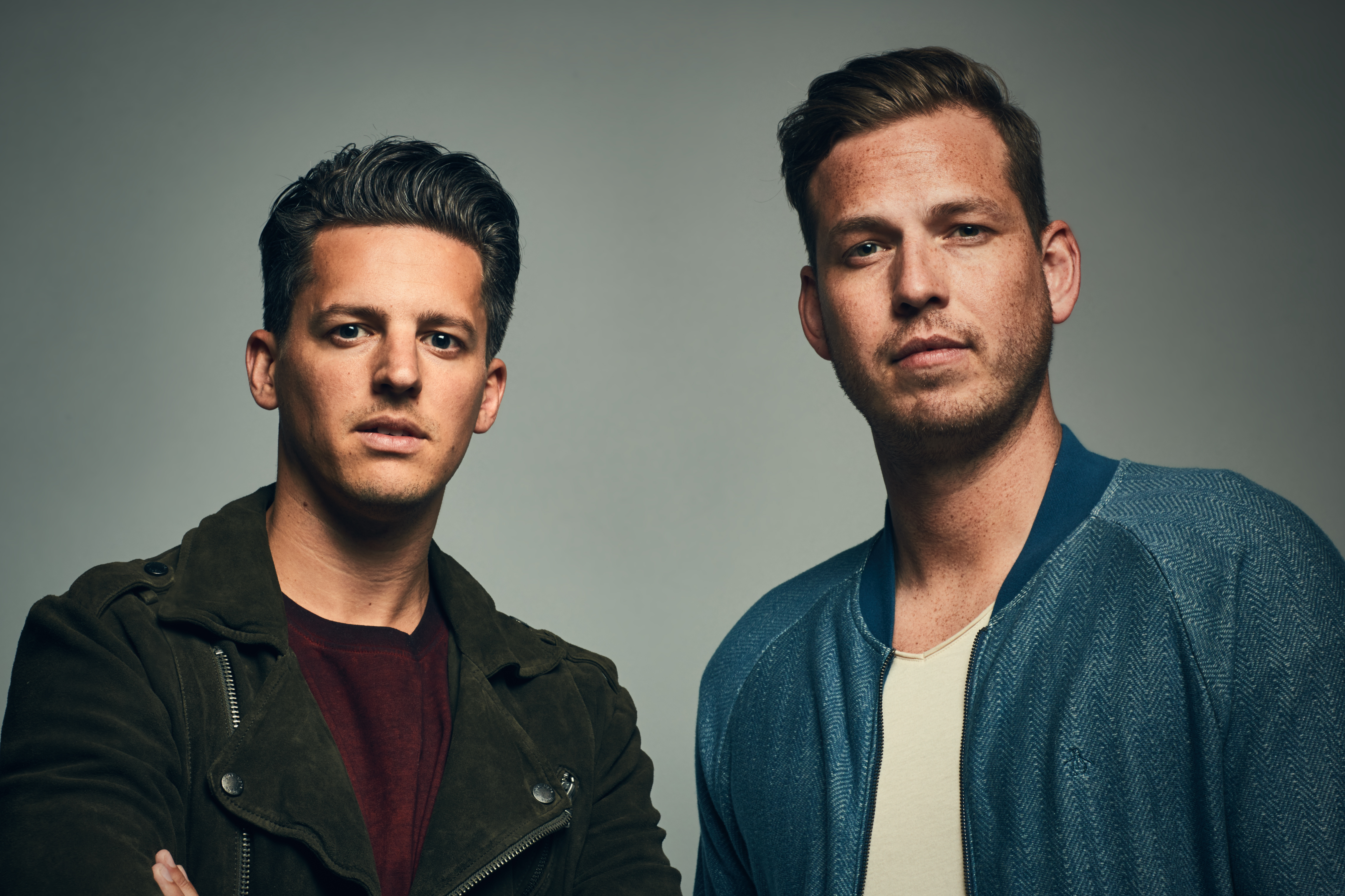 I got the chance to sit down with venerable Dutch EDM duo Firebeatz before their show at Exchange LA last weekend. Tim and Jurre were in good spirits as always and we got the chance to talk about a number of topics. The guys ended 2016 with appearances at two Insomniac festivals and unveiled a new merch line. 2017 is shaping up to be another big year for Tim and Jurre as they shared their plans to start their own label. While Firebeatz did have some big releases last year “Sir Duke” with Fafaq and “Lullaby” with Chocolate Puma, the guys said there is way more music on the way in 2017. Here’s what Tim and Jurre had to say.

Hey Tim and Jurre, how has 2017 been going for you guys so far, tell me what were some of the highlights of 2016 for you?

Tim: “Yeah, it was a great year. I think the highlights for me were Tomorrowland, of course, and all the shows we did for Insomniac, the last one was really cool”

Tim: “Countdown was really nice. We did a couple of our own nights, so much great stuff, 2016 was amazing. 2017 has been really quiet so far, as far shows go. But, we’ve been in the studio, working a lot, finishing a couple of new ones, actually going to play some tonight.”

Jurre: “We have a lot of new stuff, we planned this stuff in the beginning of 2017, holidays, then studio and recharge for the rest of the year. We’re going to launch our own label this year. Can’t talk too much, but we’re going to bring a lot of music out on there. We made so much stuff last year and we couldn’t find the right time and place to release it, so there’s going to be a lot of stuff this year.”

You guys have always managed to stand out in a crowded field. How do you differentiate yourselves and how do you keep the Firebeatz brand strong?

Tim: “We’ve always continued to make our own style, whatever’s going on in the EDM or house landscape, we always pick the best things out of it and make something of our own. We never went full into hard “EDM” or full into house, we’ve always done a little bit of everything. That’s why I think we stand out. We can continue doing that through our label which we’re setting up.”

Summer and festival season are fast approaching, what else do you guys have planned touring wise for the year? Can we expect to see you guys at the major festivals?

Tim: “Everything…EDC Las Vegas…it’s a rumor, we heard it through the web.”

Jurre: “And Miami is around the corner of course, we’re hosting our own party again, Firebeatz and Friends, we’re looking forward to that one. Yeah, TomorrowLand, a lot of festivals.”

Are you guys looking to try anything new musically this year or to try and cross over into mainstream pop music as other EDM artists have?

Tim: “We have some new stuff…what we did was in the end of 2016, we went to LA for a couple of weeks and spent some time in studio with a lot of different artists. We made stuff we like to make, not necessarily house music. So we have a couple of records stacked up that are totally different, so the new label is going to be the perfect platform for us to release some of that stuff.”

Tell us an artist you guys are a fan of, or listen to regularly, that your fans would be surprised to hear?

Tim: “I like Louis the Child, I listen to a lot of rap music, Migos, Future, I like it, all different sorts of stuff, I have all playlists with like hip-hop and funk, all sorts of stuff”

Jurre: “Nowadays, I just start Spotify and start a radio station and hear anything. So I like to listen to different styles as well. I also like to listen to the old house-y stuff, to check for some cool samples. Sometimes, I listen to classical music, it can be anything actually. Spotify is nice, any mood you’re in, you can listen to it”

What music and other stuff can the fans expect from Firebeatz in 2017 and beyond?

Tim: “Music wise, we’re working on a project where we’re going to put out X amount of songs as an EP or an album, which is going to be sort of a passion project thing with different variations in tempo and music. And of course we’ve got some hard club bangers coming up as well.”

Jurre: “With the brand, our own shows, we’re doing Miami again, Amsterdam Dance Event, maybe something in the summer, I can’t talk too much about that yet. We have our new merch line which we just released the second part of it.”

Think you might do a proper North American tour?

Tim: “Yes, for sure, but I think it’s going to be near the end of the year. We have some weekends going down, especially before summer, but it comes with the label, and then we’ll do a tour when it progresses.”

What’s it like touring in North America as opposed to touring at home and at Europe?

Tim: “The Netherlands there’s not really so much to tour because you can drive from one end to the other in six hours. I don’t know, personally, I like the vibe here better. Travelling and airports are shit, especially when you go to Eastern Europe, they suck. So I prefer to come here, especially L.A.”

Tim: “Nobu in Malibu, yeah, the whole vibe here is great. We’re going out tomorrow to do some photos everywhere. We’ve got a whole list of places we want to go, from the beach to Hollywood. Thanks to the L.A. fans for showing up in such great numbers tonight, the line for this place is going around the block.”

Check out Firebeatz’ remix of Axwell ^ Ingrosso’s “Thinking About You” below.