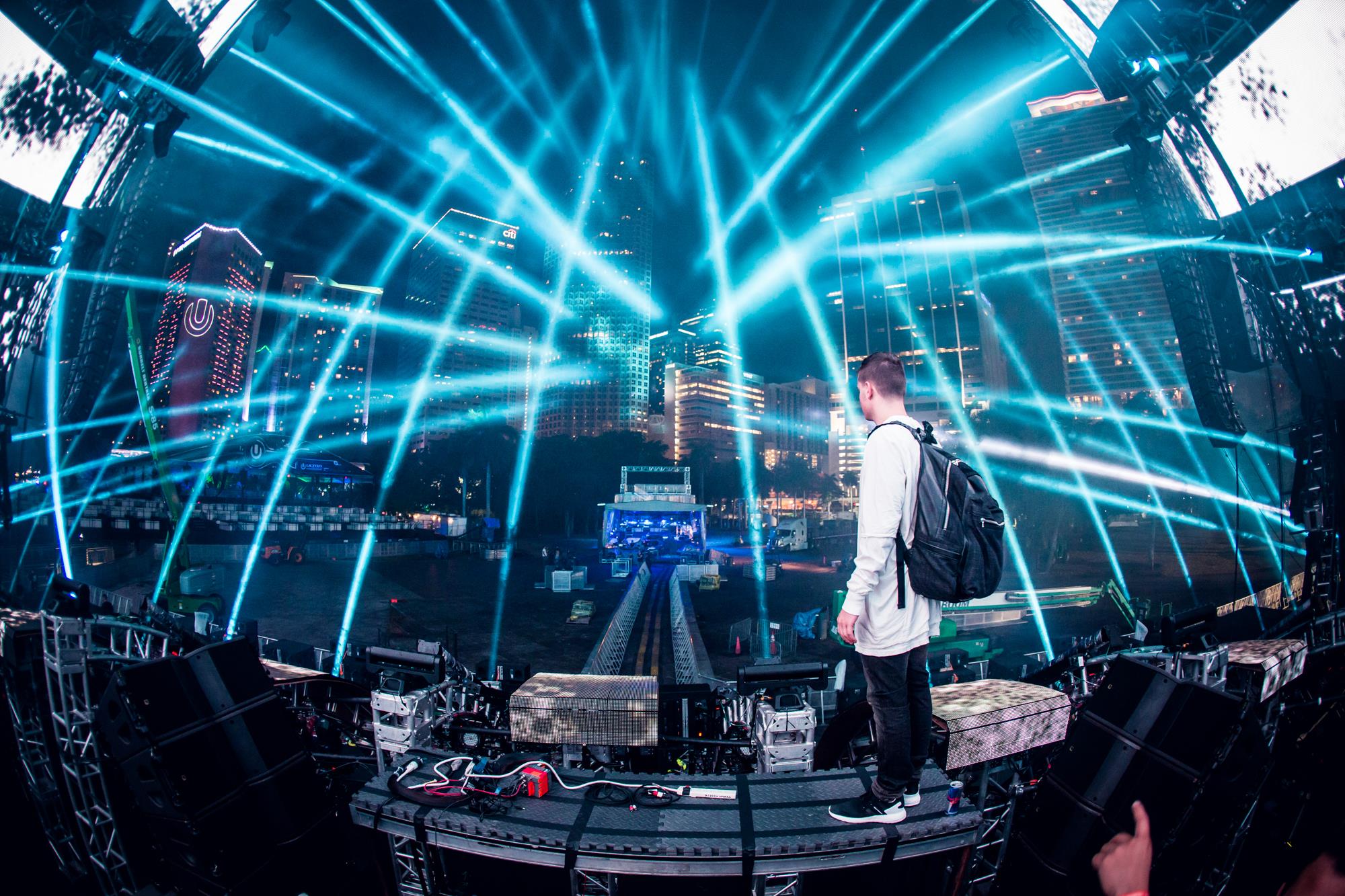 Two days… two days until Ultra Music Festival opens its doors and tens of thousands of people take over Bayfront Park in Miami for three days of music, fun, and dancing.

As the main stage in the process of being finished yesterday, they’ve since moved on to testing lights and effects on the stage, including LED panels, spotlights and some strobes. Judging by the cranes still at the front of the stage, there’s still some more work to be done.

While the back panels seem to be relatively finished, there’s still the matter of the actual DJ booth and whatever lighting will be in front of that.

That being said, take a look at some basic testing from the video below and get hyped!