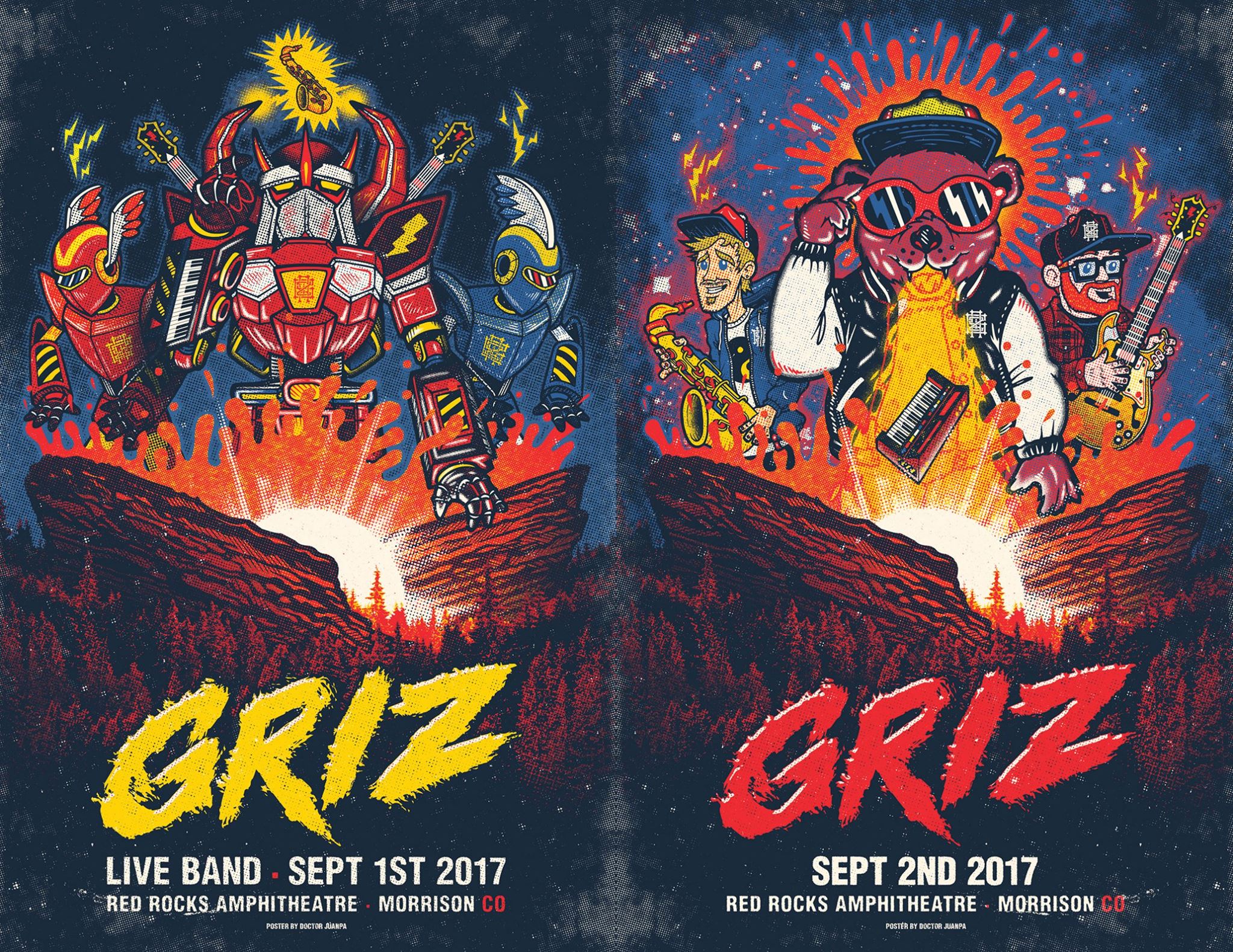 The funkiest and saxiest dude in electronic music, GRiZ, has big plans for his 2017 run at Red Rocks Amphitheater September 1st and 2nd!

This year, GRiZ Rocks will be 2 nights for the first time ever. Plus, GRiZ’s tunes will be heard like never before, as the 1st night will be played out by his all-new live band. We can bet on Muzzy Bearr playing the guitar, and appearances from many All Good friends and fam!

GRiZ said he’s about to turn his dreams into a reality, “I feel like I’ve been waiting my entire life to do it like this.”

The Detroit native has proven his ability to perform multiple nights with little repetition — as his coveted GRiZmas spanned 2 nights in 2016 (3 if you include his DJ set at The Night Before GRiZmas) and wowed the crowd each time.

GRiZfam get ready for one of the biggest celebrations to date!