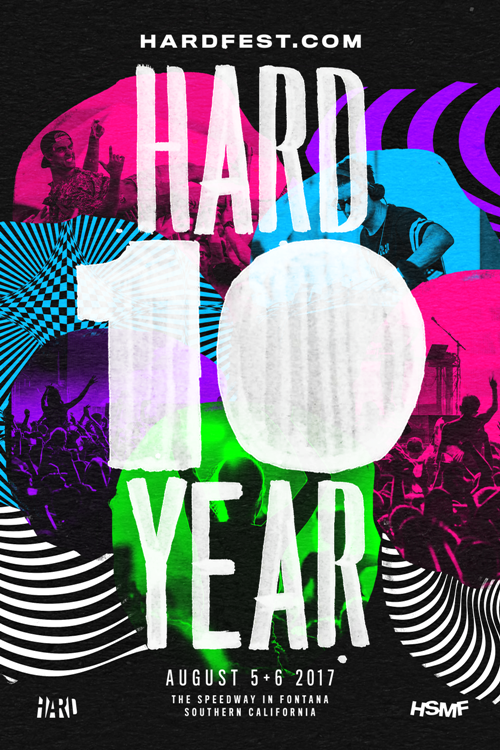 Los Angeles-based electronic music festival HARD Summer has officially revealed preliminary information regarding its 2017 installment, set to be held for the second time at The Speedway in Fontana.

For its 10th anniversary, HARD Summer will take place from Saturday, August 5 to Sunday, August 6. As has become customary, the upcoming list of headliners will likely include a diverse mix from the upper echelons of EDM and hip hop. Last year, closing performance slots included Ice Cube, Major Lazer, Flosstradamus, Porter Robinson, Dillon Francis and more.

HARD’s Gary Richards himself issued a brief statement regarding the festival’s celebrated return to Fontana:

“We have the best music fans out there and we’re working hard to do more for them. We’re also working very closely with the production team on improvements to the overall festival experience at the track. From the line-up to production to mobility, it is the goal of this festival to improve and enhance the overall experience at HARD Summer’s 10 Year Anniversary.”