Shambhala Music Festival‘s 20th anniversary is coming… And, that means the craziest party of the summer is going down August 11-14, 2017 on the Salmo River Ranch, in beautiful British Colombia!

Now, we have a look at the headlining lineup which boasts names like A-Trak, Adventure Club, Black Tiger Sex Machine, Datsik, Kill the Noise, Jauz, Pendulum (DJ set), Rezz, Slushii and so many other killer artists. Oh yeah, and mainstay act Excision will be sure to blow minds with his mucky bass (that’s what the locals call it, trust me)! Bleep Bloop, Holly, Ill.Gates, Space Jesus, Stylust Beats, Whipped Cream, Zeke Beats and more fill out a stacked undercard. And, this isn’t even the full lineup, as more will be announced April 17.

Shambhala Music Festival is known for bringing some of the most established, big-name acts in the game, and fresh, up-and-comers alike for an all-electronic, but eclectic mix of music that everyone can get down to. Favorites in the realm of house, breakbeats, techno, trap, dubstep, world beats, and turntablism — they’re all in there! Even a little hip hop!

Over the past twenty years, the festival has delighted audiences from around the world who are seeking to connect with nature while gaining true exposure to groundbreaking new sounds and trends. Each of Shambhala’s six, independently operated stages are curated by their own Stage Director team, creating an immersive, unique experience in time and space.

Tickets for the 20th Annual Shambhala Music Festival sold out in a record-breaking 16 hours, but ticket exchange groups like this exist if you can’t miss the fest. 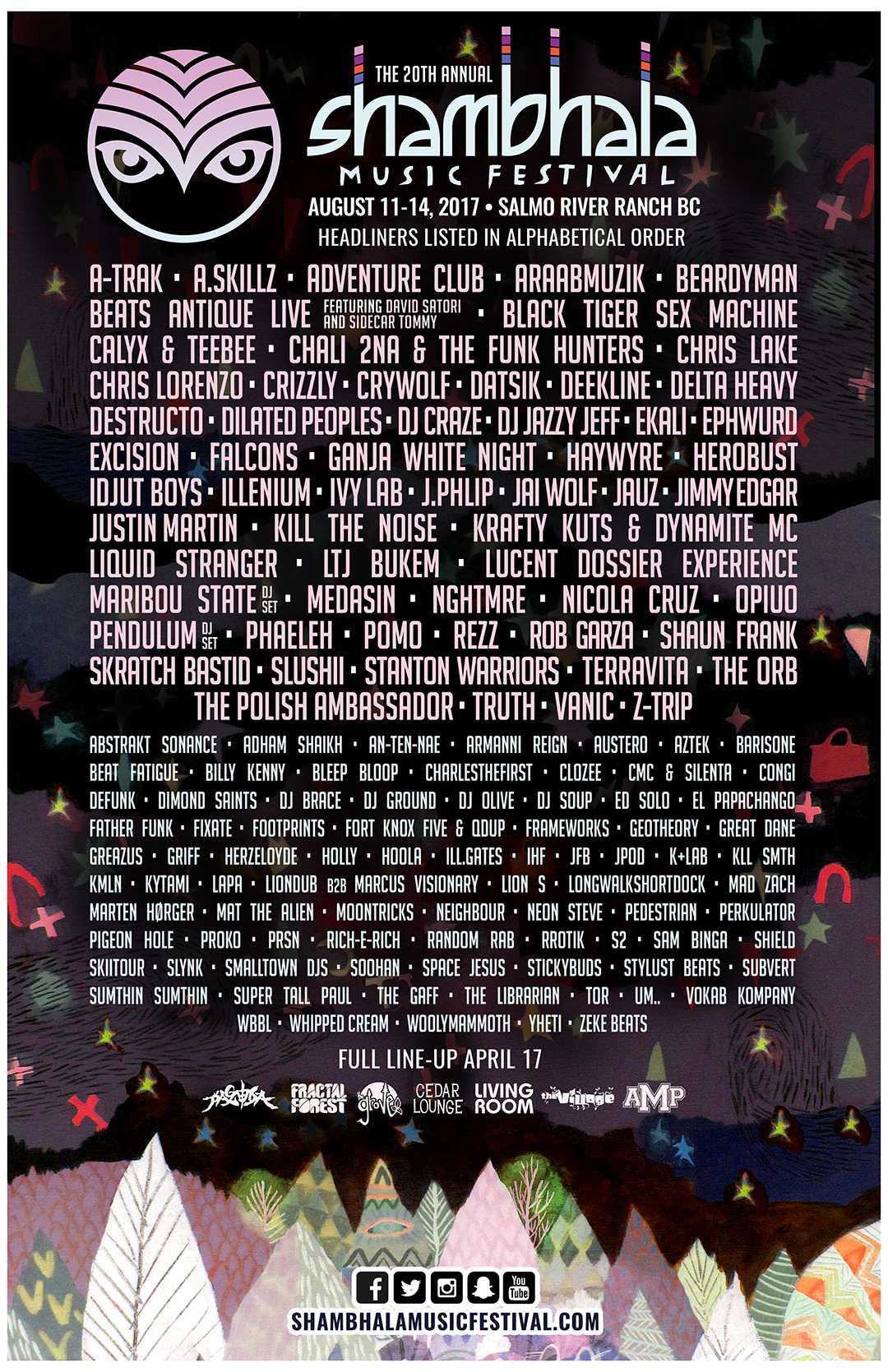