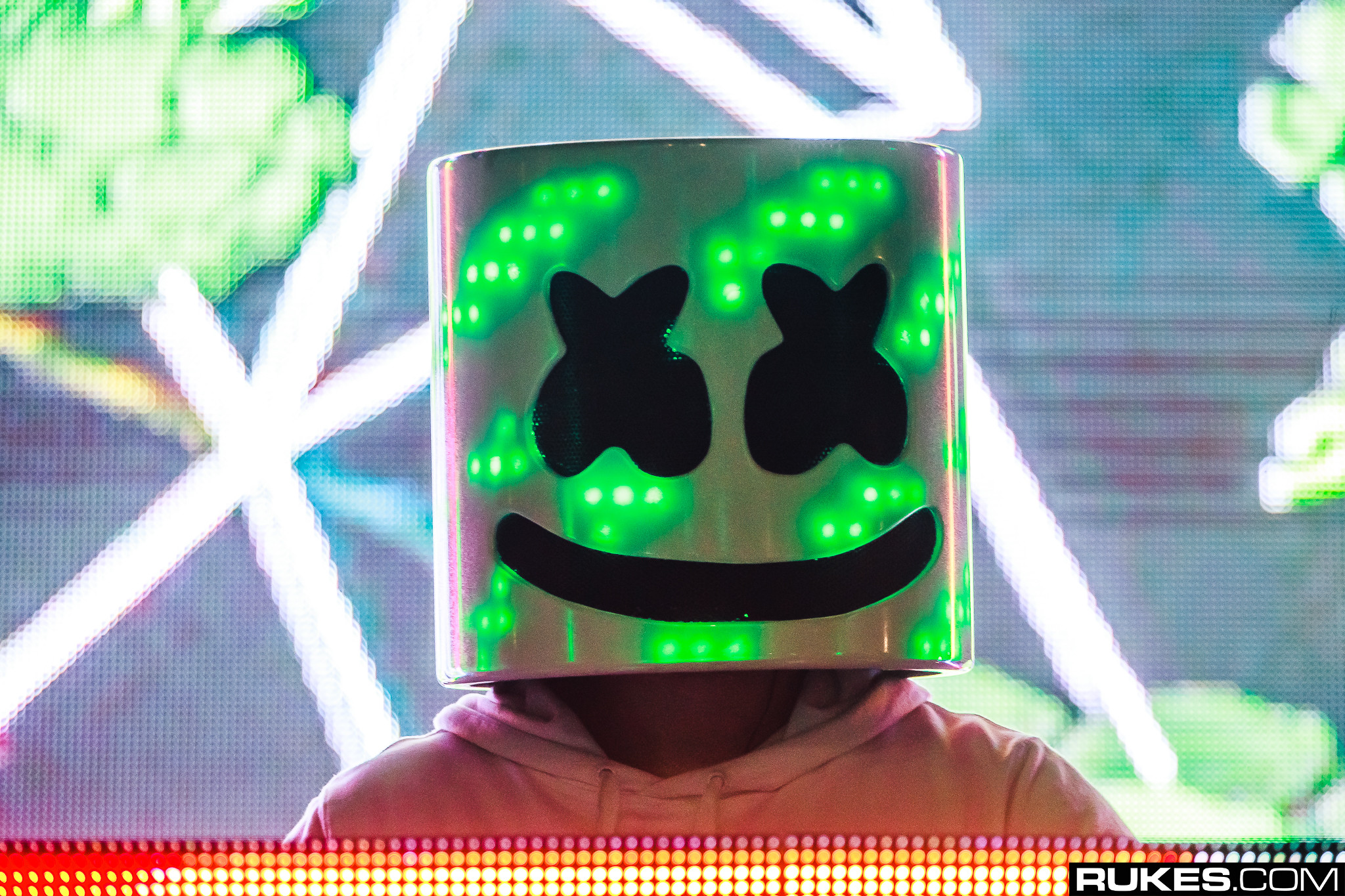 Marshmello‘s closing Sahara Tent set on the final evening of Coachella’s first weekend brought with it a slew of interesting guests, powerful beats and an immense crowd to match.

After bringing out Blink-182’s Travis Barker, Black Youngsta and A$AP Ferg, Marshmello decided to end the festivities with a debut of his brand new single, featuring guitar and vocals from Andrew Watts, co-writer of DJ Snake’s 2016 hit “Let Me Love You.” The American singer songwriter also has past credits on Kygo and Selena Gomez’s “It Ain’t Me,” SNBRN’s “Beat The Sunrise,” Steve Angello’s “Rebel Nation” and several tracks of Justin Bieber’s.

Lucky for those of us at home, the track was played out in full via the festival’s Youtube live stream.

It starts with deep bass synths and guitar plucks underneath Watt’s soaring vocals, until the track explodes upwards in typical Mello style to a high-flying realm of future bliss. The track quickly transforms into an uplifting singalong, complete with raw guitar riffs and a bouncy percussion section worthy of some of Marshmello’s most acclaimed hits.

Listen to the new single in its entirety below, and keep your eyes peeled for its official release.