Your EDM Interview: Muzzy on His New EP, “Spectrum” [Video]

Monstercat’s artist du jour Muzzy just released his newest drum and bass EP, Spectrum, this week. Muzzy’s last EP, F-Minor Factory, put him on the map for heavy, grindy, metallic yet technically clean sound, but listeners may be surprised at this new album which takes on more melodic and even classical elements. In his first stateside interview and one of our most fun and energetic to-date, Muzzy spoke to Your EDM about the impetus behind Spectrum and the work that went into creating this robust, theatrical piece of work.

Thanks for sitting down with us today. Since some readers in the U.S. may not know your history with drum and bass and with Monstercat, can you talk about when you started with DnB and when Monstercat came into the picture?

Of course. I started mucking around with programming when I was about 13 or 14, and by the time I was 15 or 16 drum and bass just took over. I guess it was Pendulum’s “Slam” that really did it. I just loved the big, cinematic production values. I love Playaz as well, Camo & Krooked, but something with Pendulum just resonated with me. I got in with Monstercat when they just started, around 2010. I put out a few beat sample packs with them, but then Mike Darlington really encouraged me to go farther and that’s when I put out my first EP, The Takeover. It was one of the first all-digital formats; back then the technology wasn’t as sophisticated as it is now, but I’m proud of that work.

Is that why you waited until 2016 to put out F-Minor Factory?

No, not really. I put out some other singles in those years, and I was just developing my style. I was figuring out how to marry different styles. What excites me both technically and sound-wise is putting together influences from different genres. You know drum and bass isn’t just about drum and bass. It’s the style you put into it, so I didn’t want to put out another EP until I had a concept built around that fusion. I love heavy rock, and again theatrical, strong vibes. Sort of a wall of sound style. F-Minor Factory came together when I came up with a really strong theme or, sort of concept that tied all four tracks together on the album. It’s dark and aggressive and definitely influenced by rock, and I sort of literally wanted listeners to picture the tracks being screwed together in a factory. 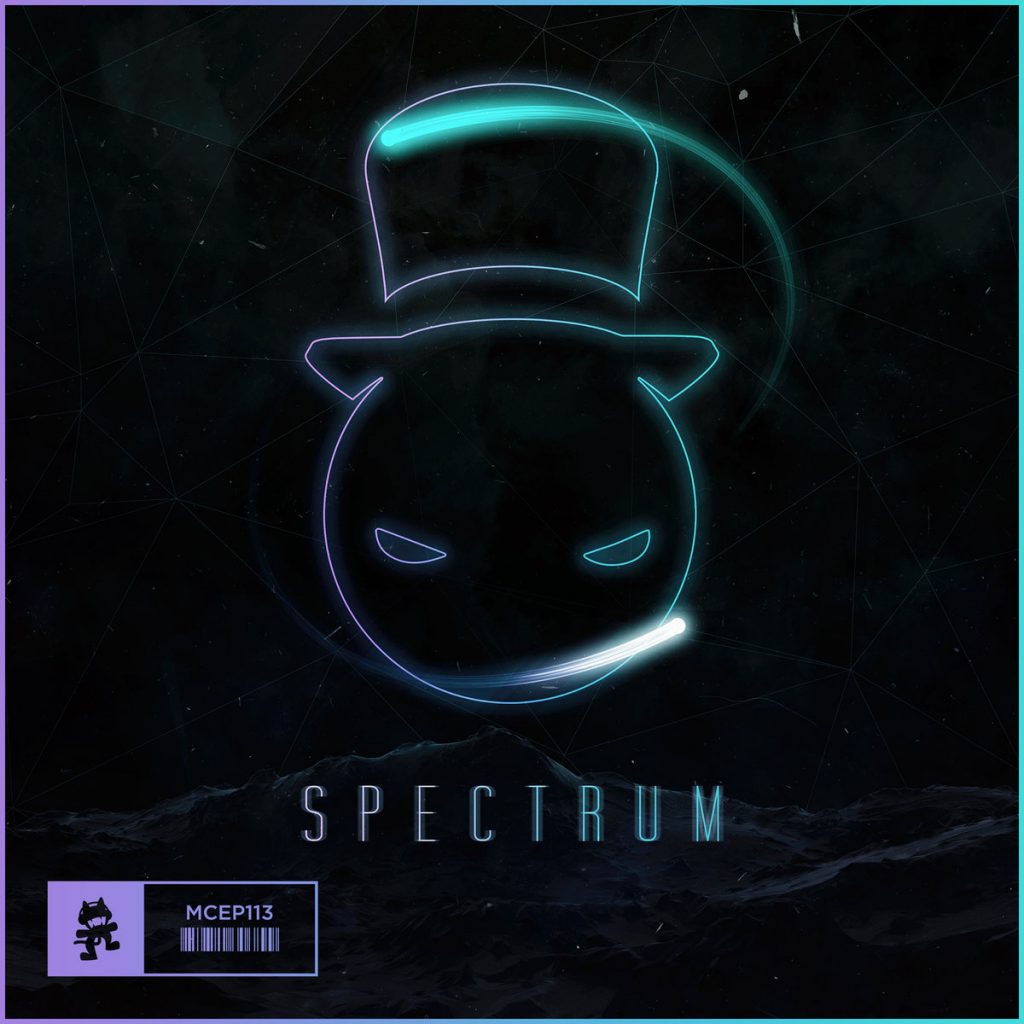 That’s really cool. It obviously worked. Did you have a theme in mind for Spectrum as well?

I don’t think so. I just sort of wanted to make what I like and what was interesting to me. “Breakaway”, for example, I did with Priority One and we really wanted to do a sort of 80s-style vibe. It was quite difficult to make those styles match up, since the 80s synth is very straight versus a broken drum and bass beat, but we relished the challenge. It wasn’t nearly as challenging as “Spectrum”, though.

You’re right, that track was quite different form anything that’s trending right now, and I can see the theatrics in it for sure, and some similarity to early Pendulum.What was the most challenging thing about “Spectrum”?

Everything was challenging on that track. I don’t think I was directly influenced by Pendulum’s style for the production, but I really wanted just as big of an ensemble, heavy, cinematic production values as possible. It’s just what I’ve always loved. The biggest challenge was again about marrying styles, but since it has a full compliment of strings – like I mean the orchestral bits are all literally a string quartet who came in and recorded in the studio – it’s so much work to convert everything. I mean, the time signatures are the same but that’s about it. I don’t think it’s ever been done before the way I did it, but if it was I know how hard it is now.

Do you have any background or training in classical music?

No I don’t! None at all. For this one track I had to research how orchestral pieces are put together, and it’s really completely different from anything we do today, digital or otherwise. No one writes sheet music anymore, and so to get these strings in to play the tunes, I had to somehow get the tune to sheet music. So that was the first and one of the biggest hurdles. I had to send a mate of mine all these MIDI files and then he converted them to sheet music so that we effectively had a score. I wanted it to be as authentic as possible on the more continuous bits. I did use a few sound samples to fill out the track on the strings and classical parts, but everywhere you hear ensemble work, that’s a real ensemble who read real sheet music. It was wild.

So how did you end up composing “Spectrum” once you had the string and classical pieces? It seems like that would still be really tricky.

You know, it really was but in my research I started to look towards gaming, actually. I think I sort of found a happy medium there. I’ve always been a big fan of gaming composers like Hans Zimmer or James Horner, again sort of because I’m drawn to these big, elaborate compositions, and anyway I realized that in games the composition is all about cues, not necessarily bars and time signatures. So I watched a ton of gaming footage and how the music was cued to go in with the action, and I sort of got my answer there. When I screwed it all together, I put different cues for different pieces in the recording and it was tricky but it really worked. I got the sound I wanted but it took a lot of time and patience. To me it’s worth it though. I wouldn’t have been happy with it if I hadn’t got it down to the exact sound that I have it at, and that’s really satisfying.

Did the research and work you did on gaming compositions influence you on the video for “Spectrum”?

I definitely wanted something that had visuals that went with the music, but you always want that. I guess it was sort of backwards. I lined the graphics up with the cues in the song, since I’d already programmed it in that way, but I hope the end result is still a really cool gaming feel.

The gaming influence definitely comes out in the graphics and timing of the video. Will there be any other videos for singles off the Spectrum EP?

No, I don’t think so. This one was really labor-intensive, and I just decided to throw all the money and effort into that production, and I think it shows.

So are people really into that track, reaction-wise? Have you heard any feedback on the other tracks?

Well, it’s only just out so it’s hard to say yet but the DJs who’ve gotten the EP in advance sort of threw me a curveball because the DJ favorite is definitely leaning towards “Outsiders” (the album closer) at the moment. I wasn’t expecting that. I really just wrote that track as something fun and easy after all the work we put into “Spectrum”. I think it’s because it’s really simple and clean and easy to mix into, and had a really kind of funky jump-up vibe. It’s completely different from my normal style, but I won’t argue. “Spectrum” was a labor of love and a test for myself. If people love “Outsiders” too, then I’m cool with that. As long as I’m making what I love either way that’s all that matters.

It’s true; listening to Spectrum, it’s obvious that Muzzy doesn’t follow trends. There’s no neurofunk or obvious technical lines anywhere to be found, even though his production is as clean as anything released today, Monstercat or otherwise. The end product is just about vibes, and Muzzy’s vibes are big and passionate, no matter what style or styles he’s working with. Muzzy’s sort of an industry secret for that reason. Producers, critics and labels respect the quality of his production, no matter where the trends are, with regard to sub-genre. Spectrum is exactly what Muzzy set out to create: strong, cinematic, technically brilliant and at the same time emotive and evocative. As the festie season rolls on this summer, keep Muzzy and Spectrum in mind when a track ID is hard to place; more than one of these four tracks are likely to show up on headliner playlists, and they will inevitably tear up the dancefloor.