Even though the fifth album from Gorillaz releases a week from today, lucky fans got the chance to listen to the album early through a brand new augmented reality app from the band. Intended to be a global listening party for the new album Humanz in locations around the world, the session launched through an official Gorillaz augmented reality app that created digital “spirit houses” in locations such as Bryant Park in New York City, Silver Lake Meadow in Los Angeles and more locations across the world.

The global listening party started at 11 a.m. EST today, and users can access the full list of locations of spirit houses through the app. The spirit houses emulate the Gorillaz’ own Spirit House, which is depicted in the “Saturn Barz” music video. Physical, pop-up listening parties will be held in Brooklyn, Amsterdam and Berlin over the next few weeks. 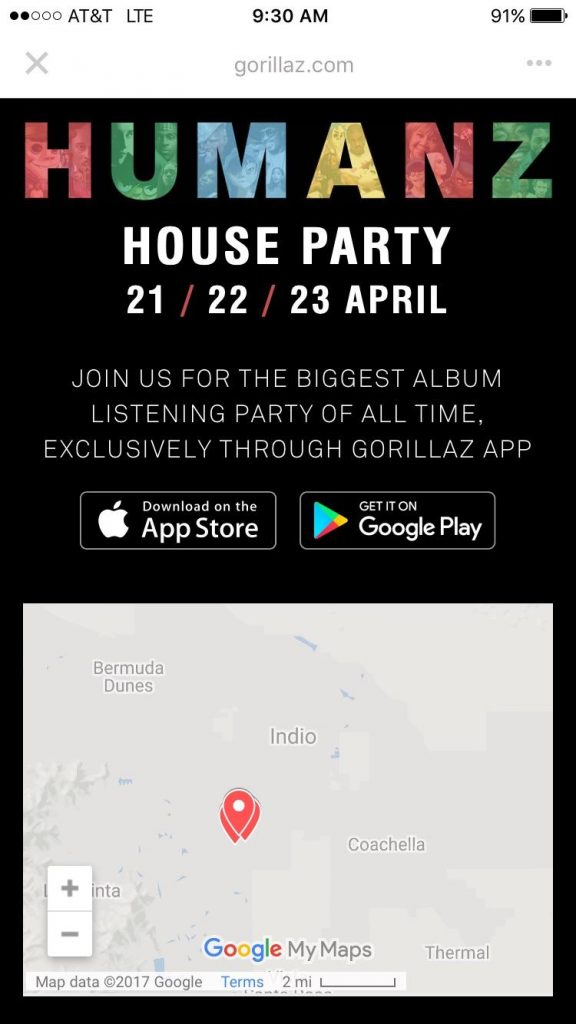 In other Gorillaz news, the group will perform a show in Brooklyn, New York on April 24 at Rough Trade and then perform live on TV on the The Late Show With Stephen Colbert. The lineup for the Colbert performance will include Damon Albarn, Seye Adelekan, Jesse Hackett, Mike Smith, Karl Vanden Bossche, Gabriel Wallace, Jeff Wooton and special guests.