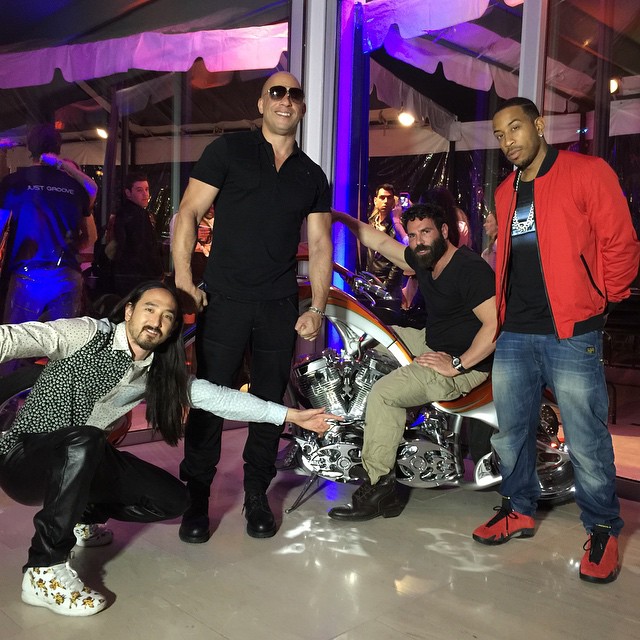 Vin Diesel is more serious about this EDM thing than we thought… And, yeah, we’re talking about the same muscular actor from the Fast and the Furious franchise.

In an unlikely pairing, the actor has teamed up with Steve Aoki for a track that’s promised to be Grammy-worthy! At least, according to Diesel.

In an LA Times interview, the Hollywood “unicorn” revealed he’d been working in the studio with the legendary producer, and even FaceTime’d Aoki to open up about their collaboration. These guys wouldn’t share a preview, release date, or even a track name, but they raved about the “monster” track.

“What Vin brought to the table, I’ve never experienced before. I think it’s going to blow people’s minds,” Aoki said.

Diesel later chimed in, “I’m gonna get a Grammy before I get an Oscar!”

We had no idea Diesel had “gone EDM” until he appeared on Kygo‘s “It Ain’t Me,” a somewhat strange duet featuring Selena Gomez. Until his mystery track with Aoki is released, this is all we have from Vin Diesel for now… Listen!