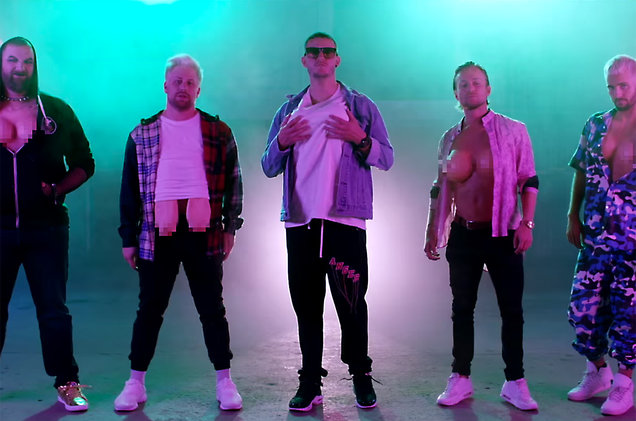 The HARD Summer 2017 official trailer got a little weird in its attempt to satirize sexism in the music industry. What was supposed to be a humorous, yet revealing look at gender inequality — especially in dance music — turned out to be controversial.

Swedish-Polish filmmaker Agata Alexander, who took creative control over the trailer, says she was attempting to highlight specific discrimination she’s experienced herself — by showing the headliners couldn’t be taken seriously with breasts.

But, Gary Richards AKA Destructo has stepped in for an in-depth apologetic explanation:

“Here at HARD Events we are here for everyone. The HARD Summer trailer was created as a satirical piece to raise consciousness at a time when equality issues are of utmost importance. Our goal is to promote good music and we are trying to give women more of a platform at our festival.

My intentions here were only to help, not offend anyone, in supporting Agata’s vision and message. I understand that she does not speak for all women and how people could be upset by the trailer. There is always a risk of misinterpretation when satire is used, but we felt it was right to let her express herself and have creative control over the piece. We want to extend a sincere apology to those who were offended.

We hope the conversations started by this piece bring the change we intended and we will continue to be a champion for Women’s rights within our community and world at large.”

It should be noted that HARD Summer 2017 boasts 25 acts that identify as female on the lineup, more than any other electronic music festival, including Anna Lunoe, Cray, KITTENS, and Uffie. It’s obvious that Gary Richards and HARD have the intention of empowering women in music — even if this trailer didn’t get the point across, the lineup certainly did.