About an hour ago at the time of writing, Getter announced on Twitter that he will be “leaving the industry” and this “scene.” Although none of his tweets articulate it formally, Getter (real name Tanner Petulla) says he no longer wishes to be a part of electronic dance music after an exchange with another Twitter user that has become typical of the artist in the recent past.

In what might be another public meltdown on Twitter or an odd way to promote an upcoming album, Getter explains his anguish and misery over how “shit” the scene has become for him. Spawning from a squabble with Twitter user sandyballz3, Getter talks about how he’s going to continue writing music while leaving his “last mark” for EDM. Although he does explain that he did and still enjoys it to some degree, it looks like the man behind both Getter and the newly formed Terror Reid alias will be stepping away from EDM altogether after the completion of his next album.

Here are some of Getter’s latest tweets. 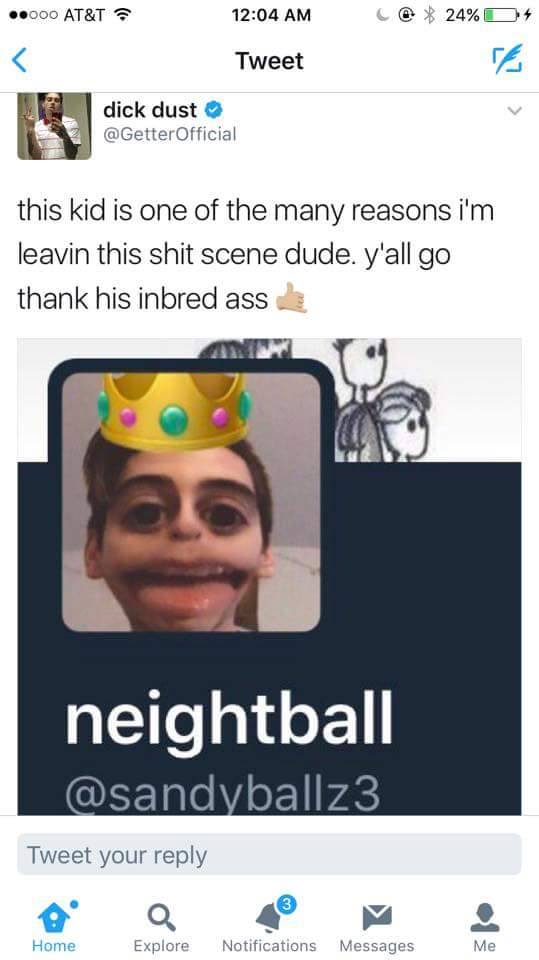 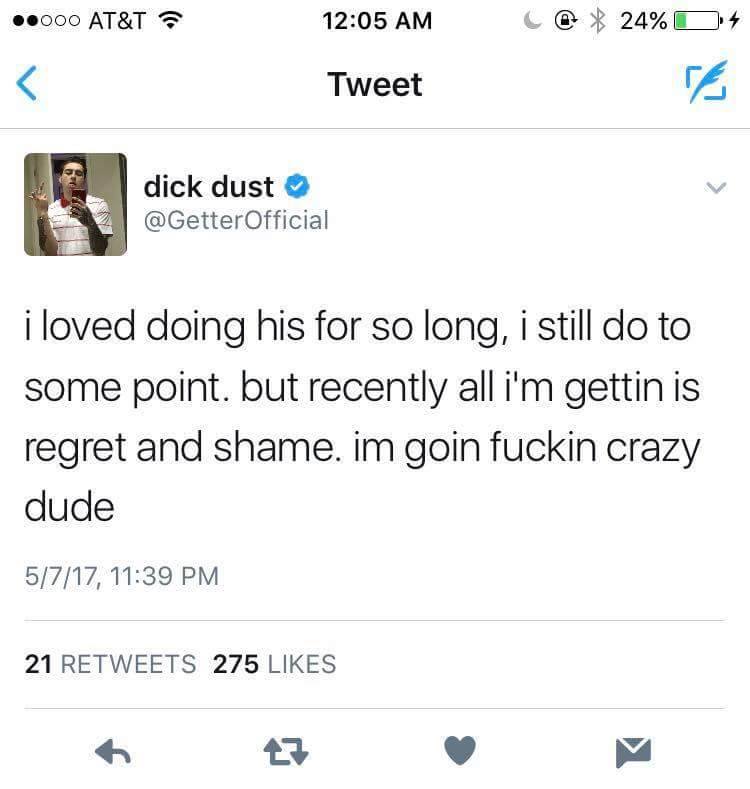 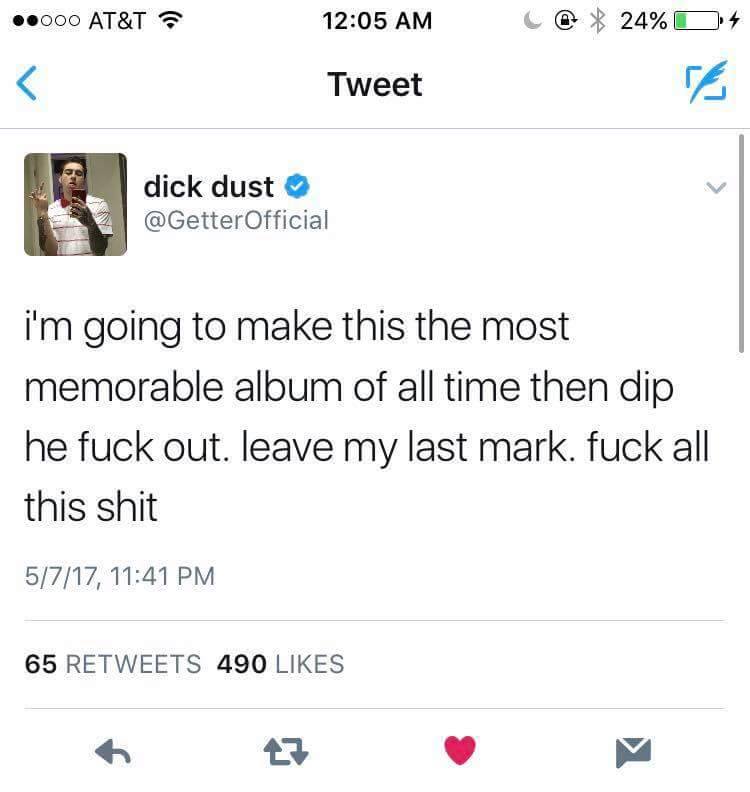 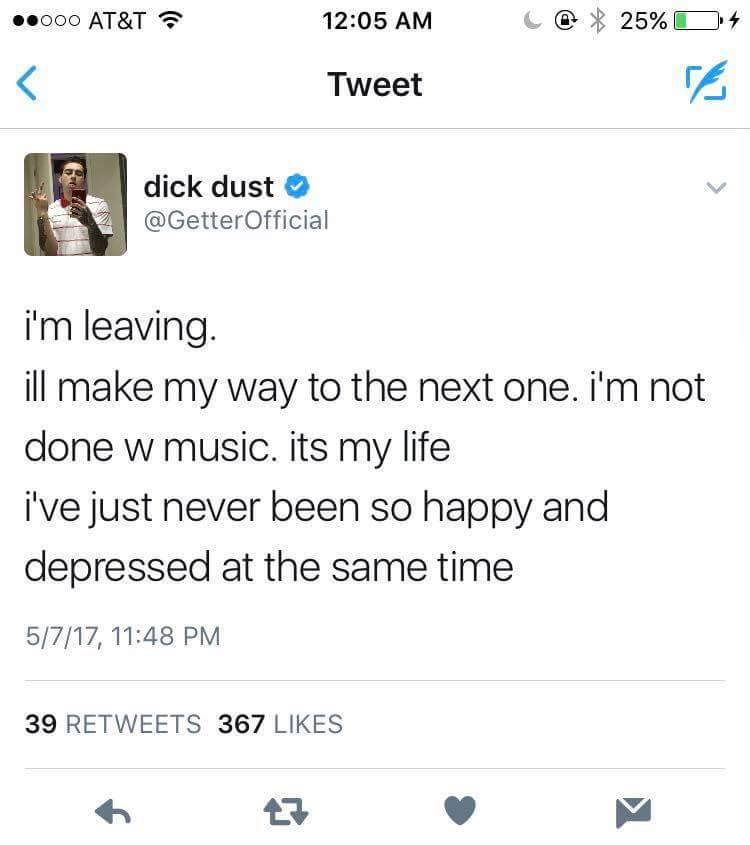