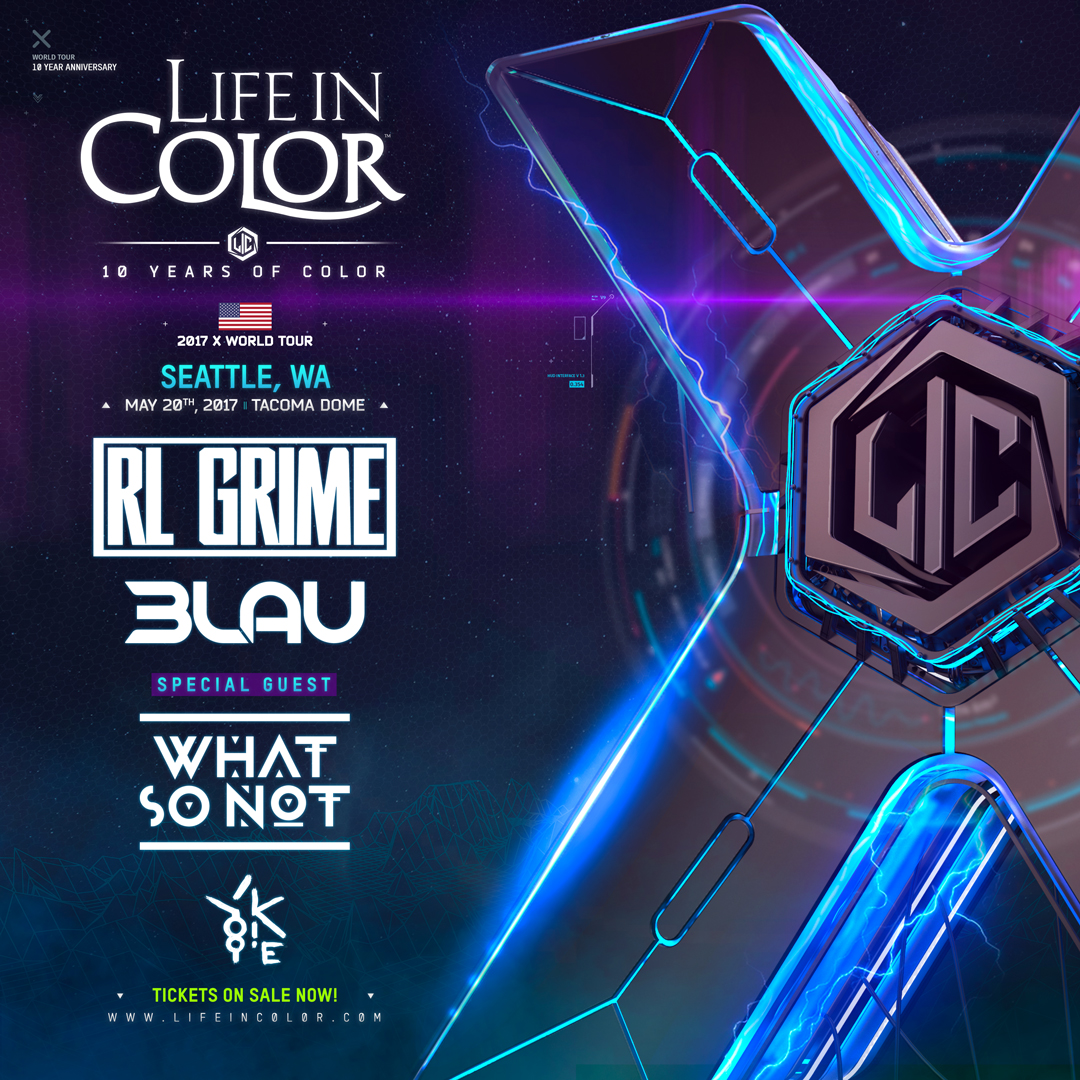 Most people think of Life In Color as a Miami entity, but really it’s become a national phenomenon with events in multiple major cities. One such city is Seattle, where RL Grime, 3LAU, What So Not and Yookie are set to take over the Tacoma Dome on Saturday, May 20th.

In partnership with LIC, we’re giving two fans the chance to win tickets to the event. And on top of that, they’ll get a private tour of the venue before the show! Who knows, maybe an artist or two might stick around from sound check?

Enter the contest via the widget below for your chance to win!