Easily one of the most-anticipated festivals of the year has just dropped its lineup and WOW! Think of a bass DJ and they’re on this lineup, not to mention a lot of special performances from the likes of Excision b2b Datsik (for their second billed performance of the year) as well as the epic return of Destroid, the collaborative project between Excision, Downlink, and KJ Sawka. Excision’s first ever festival is going to be one for the history books!

Also on the lineup you’ll find Zeds Dead, Funtcase, Illenium, Liquid Stranger, and Snails. The festival will be held in Legend Valley in Thorneville, Ohio from Sept 29-Oct 1.

As you would expect from a festival thrown by Excision, there will be a massive amount of 500,000 watts of bass, plus the PARADOX will be at the main stage all weekend. And then there’s the camping to consider, which as a first-time festival is always a gamble. But with a strong team behind the project we’re sure that it will strike off with minimal complications.

Check out the full lineup below! Presale is live now at www.lostlandsfestival.com. 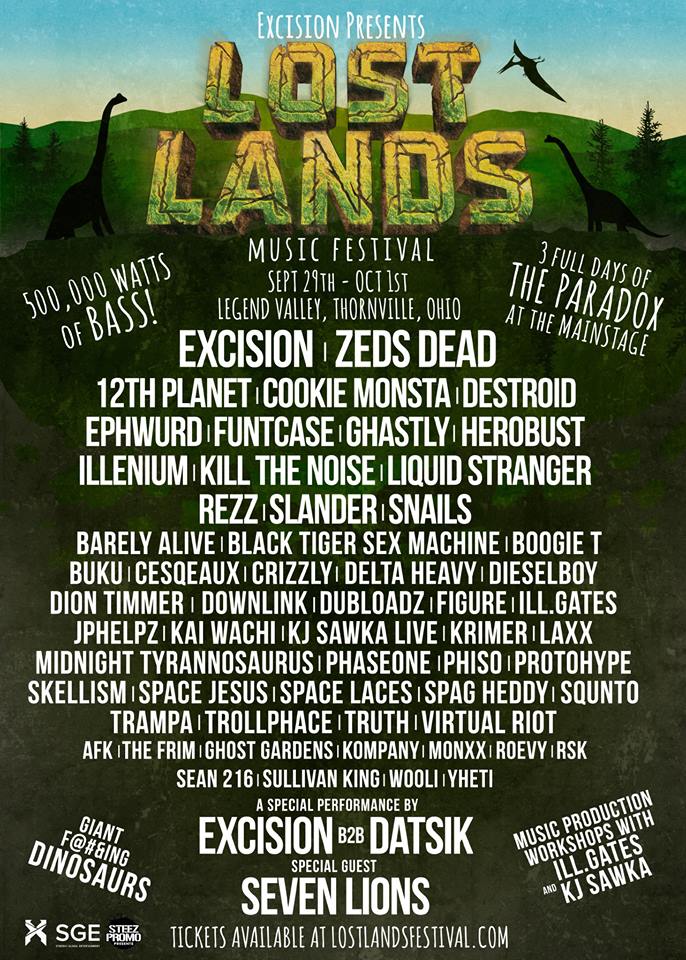 Greater Than & AWAL Give Kayzo’s “This Time” an Insane Flip

Greater Than & AWAL Give Kayzo's "This Time" an Insane Flip