Everyone knows the sounds of Pendulum and the raw “savage” energy of Destroid but few have witnessed the mastermind behind the drumming for both supergroups. KJ Sawka, a famed dubstep artist, and core band member of both groups, has announced on the heels of the Lost Lands (Excisions 3 Day Festival) Destroid announcement phase one of what seems to be a brand new, never before seen, drum spectacle. All we know is if its half as amazing as his recent set of drum videos, or a sliver of the energy of a Pendulum or Destroid set then we are watching the origins of what will become a true disruptive force in 2018. 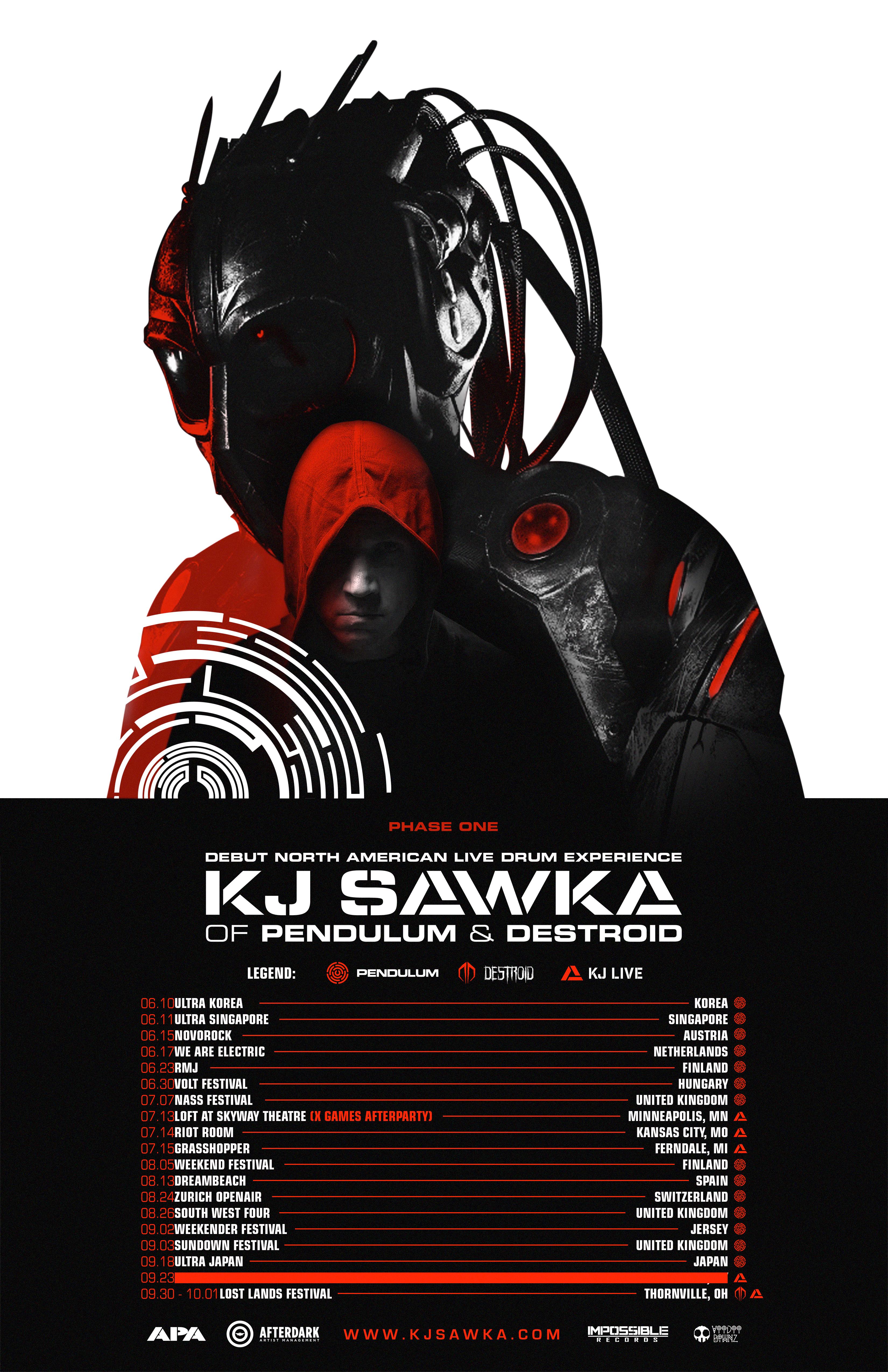 Here is phase one of what KJ hints to be a full on Fall Drumming Tour.

“I look to move and bend the grasps of reality, pushing my show further and further, most of my fans know me with my octapad DJ Setup, this new, Full On Live show, is going to be something no one has seen, fusing the best of my Pendulum & Destroid skills into a KJ focused hour of music, synths, and drums.”

Greater Than & AWAL Give Kayzo’s “This Time” an Insane Flip