Summer Time Chi; A Mamby On The Beach Festival Review

by Georgia Modi
in About, Editorial, Reviews

Mid-summer time in Chicago has something special in the air. The entire city becomes a little more vibrant and alive everywhere you look. The beaches are crowded, patios are overflowing, and the music can be heard bumping from almost every corner. And with Mamby On The Beach nestled smack-dab in the middle of it all, there is no better way to soak up the sun in the city.

This year posed no different in cementing Mamby as one of React Present’s best summer time festivals. The beach atmosphere and free-thinking vibes set it apart from a lot of other events that happen around the same time. With a stronger focus on live bands and the indie genre, Mamby brought a little something new to the table this year.

One of the biggest changes that we saw was the expansion of their “More Than Music” series which included a wide variety of live art and fire demonstrations. Attendee’s were also able to enjoy the return of the Solarbeatz art car which provided the home for the yoga sessions that went on throughout the weekend as well as an abundant amount of workshops that ranged from learning about the benefits of essential oils to how to improve your lifestyle and diet in order to promote healthy brain function and growth. 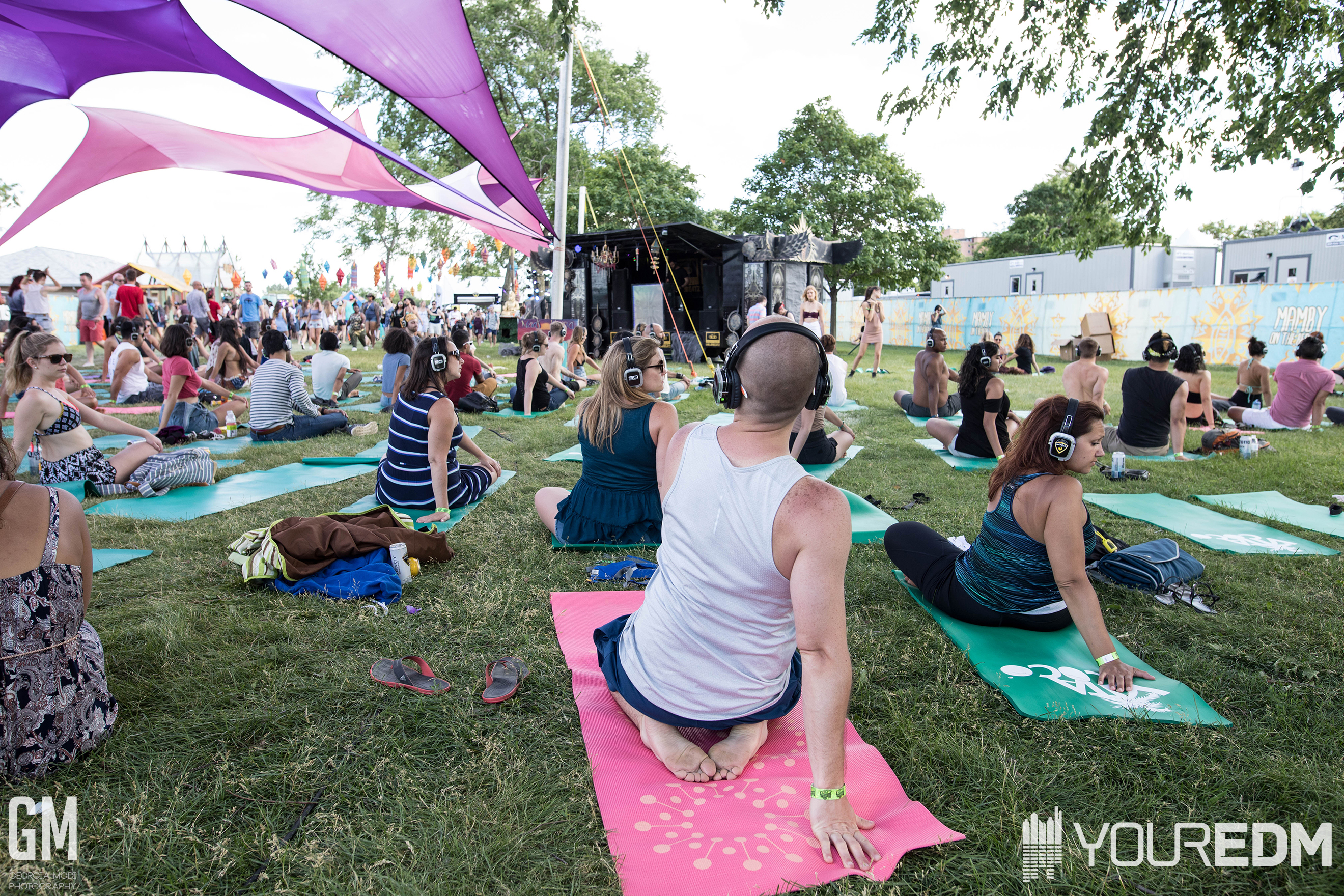 Amongst the “More Than Music” series we also saw the return of the hair braiding, body art, and henna tents that looked like they were straight out of a bohemian wonderland nestled on the grassy walkway that we had to take upon entering the festival. The decoration and attention to detail throughout this area gave off an enticing aura, it brought forth a feeling of carefreeness from each attendee, something that you may not find at a more mainstream electronic event. As you walked further into the festival and onto the beach itself you could see people enjoying themselves in the VIP swim area on the lakefront (the mid to low 70’s weather forecast didn’t stop anyone from the looks of it) or sipping back tastings of Jack Daniels Apple at their new sponsored lounge area. While the layout itself didn’t change much from last year the overall space felt expanded, which was a welcome feeling especially since little sound bleed was experienced once you were nestled at your stage of choice.

The Beach Stage, one of two main stages, was the home for many live band acts this year such as MGMT, Miike Snow, Marian Hill, Walk The Moon, and Cut Copy. A major highlight for day one from this stage was Miike Snow’s set right around sunset. The crowd was enormous in anticipation and as the sun was going down behind the stage with the perfect orange glow being cast over the sky, you could see everyone grooving from start to finish. And while people continued to dance at The Beach Stage, Tchami had the Mixmag tent going nuts for his closing set only a couple yards in the opposite direction.

A welcomed change this year was the removal of a few panels from the cover at the Mixmag tent. Not only did it fit in with the new aesthetic direction that the tent was going in with its long colorful drapes and lanterns hanging about but it also helped combat the dust getting trapped inside of the tent from people kicking up the sand with their nonstop dancing throughout the day. 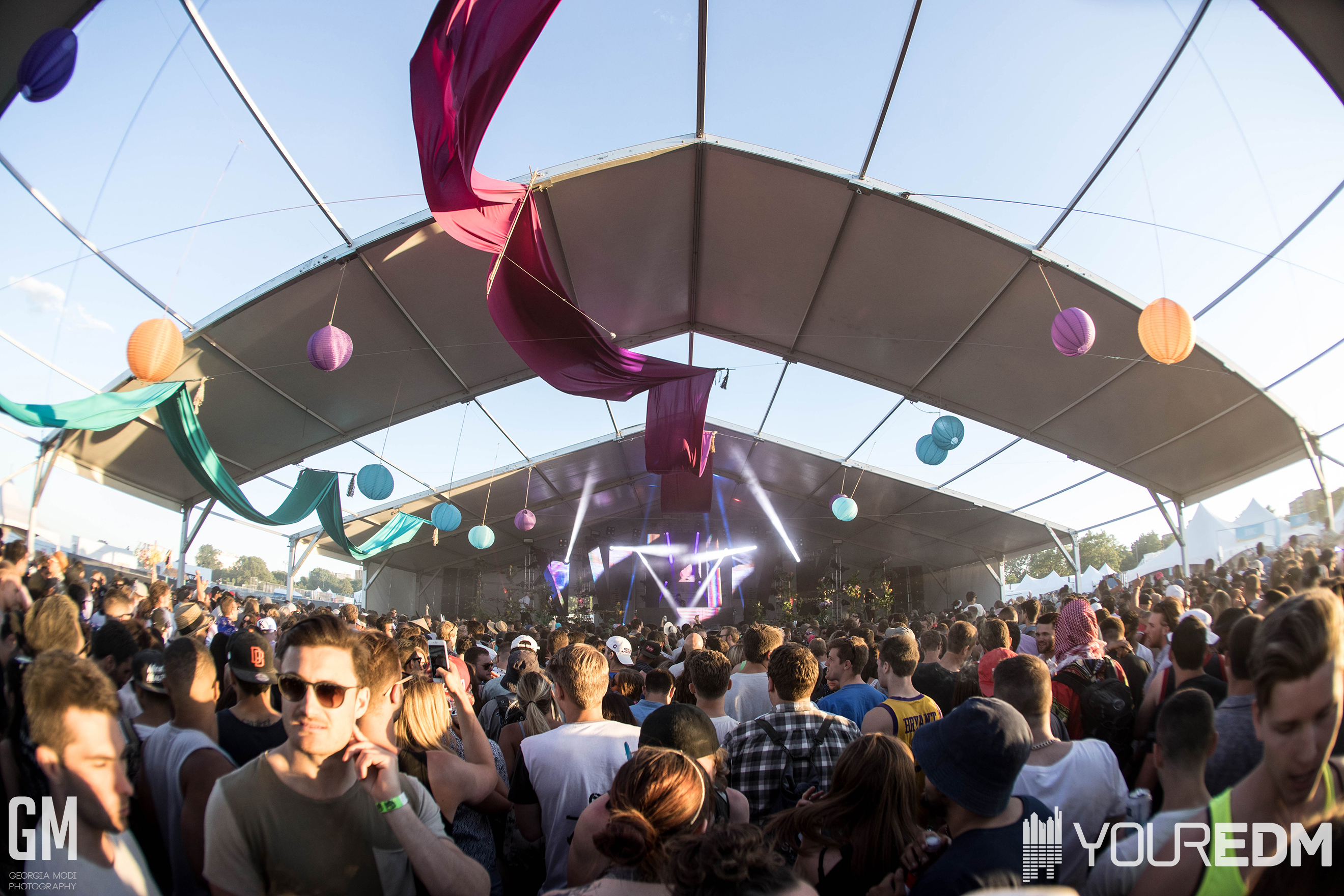 With the new found room to breath the Mixmag Tent brought the heavy grooves the entire weekend from everyone who graced the stage. From the slew of artists from Dirtybird Records — Justin Jay, Will Clarke, and Justin Martin — to Tchami’s future house base beats, and finally to one of the most anticipated acts of the weekend, Green Velvet’s 25th anniversary celebration of Relief Records; which closed out the festival on the last night.

While all the artists that preformed in the tent that weekend brought their a-game many attendee’s felt as if the overall lineup on the Mixmag Tent didn’t quite live up to what it brought the prior two years. However, outside of the tent it was clear that the rest of the lineup nailed what they were going for as it catered far more to the indie and rap crowds.

Over the course of these past three years we have really seen The Park Stage, main stage number two nestled back in the grass, take shape. From being a small local’s only stage back in 2015 to now, hosting some proper up-and-coming names in rap and hip-hop mixed in with an array of others. Saba, who played day one, gave a little extra to his fans the week leading up to Mamby by preforming at React Presents’ “Lunch Break” live stream on the festival grounds. He surprised many by playing almost a full set that Tuesday and giving away a number of free passes to his fans there as well. Saba was also met by two other Chicago local rappers, Sir the Baptist and BJ the Chicago Kid who both preformed energized and impressive sets on that same stage.

Sunday night gave way to one of the bigger surprises for me personally which was Walk The Moon’s closing set on The Beach Stage. Prior to catching them I had only really known them by their song “Shut Up and Dance” which was played frequently on the radio. That song in particular felt far more pop influenced the few times I had listened to it but on the beach their sound leaned towards a heavier indie rock vibe, a pleasant and slightly unexpected surprise. It also wouldn’t be right to not mention some of the unmatched energy that was felt from the crowd during that set as they jumped and sang along to every word. The combination of all of that most definitely gave way to every member performing their best. 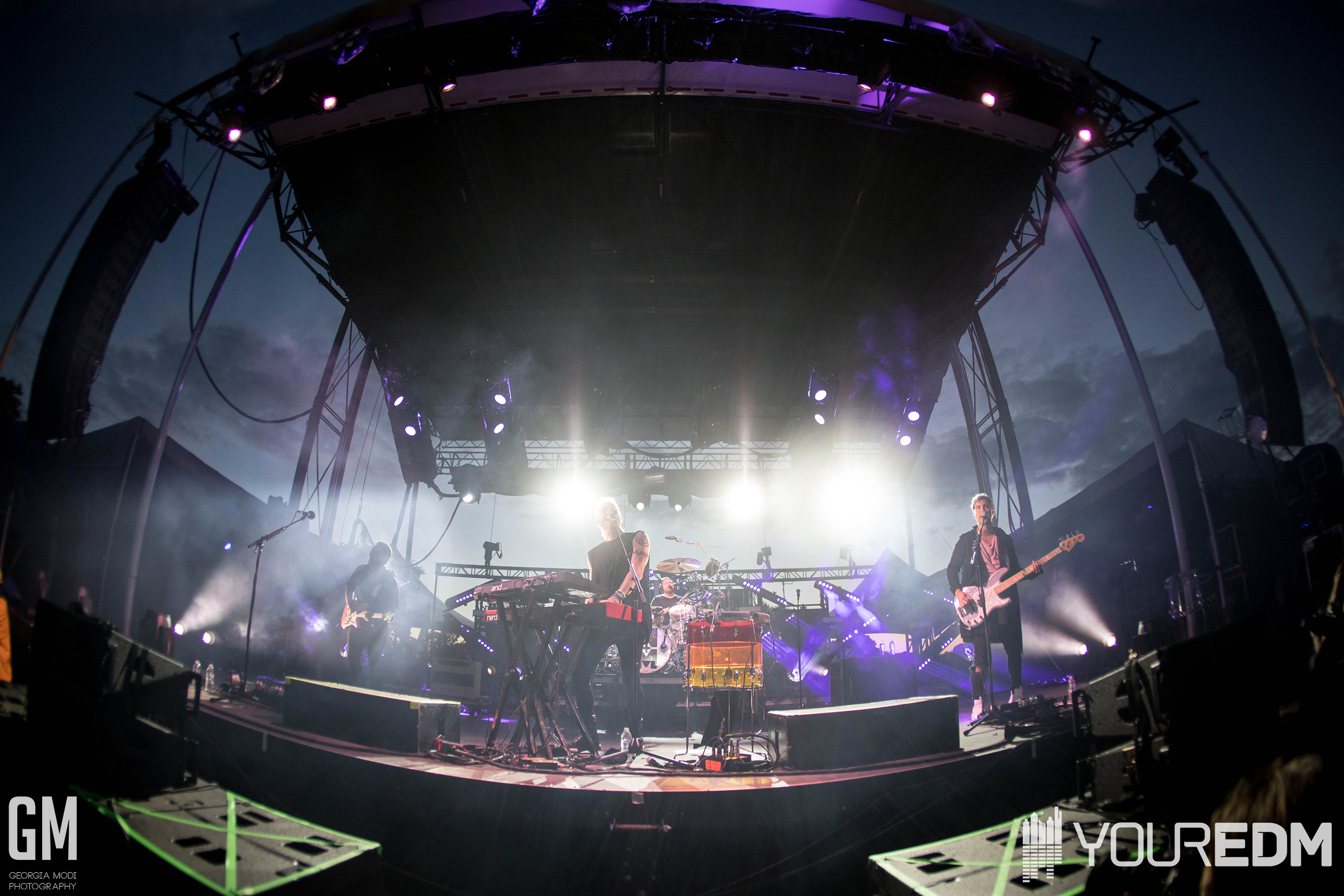 Year after year Mamby On The Beach has worked towards being more than just another garden variety music festival. They strive to bring an experience thats deeper than what you can find elsewhere with the inclusion of their “More Than Music” series, the artistic atmosphere riddled throughout the grounds, the wide array of food options beyond the basics, and the genre’s that give all music listeners something to enjoy as they try to make the most out of their summer. It was nothing but a true Mamby to say the least.

Check here for the complete album of photos taken by Your EDM‘s resident Chicago photographer Georgia Modi, and be sure to tag yourselves and your friends!