Alison Wonderland is about to fuck everybody up on her 2017 North American tour!

We’re not just cussing for the fun of it — her Fuck Me Up On A Spiritual Level tour is expected to do just that across the USA and Canada this fall — stopping everywhere from Toronto to New York to LA.

AW posted the exciting news on Facebook: “I’ve been in the laboratory working hard and I can’t wait to share everything with you. New Music. New show. FMUOASL.”

The epic announcement video looks and feels sacred… It opens with the beginning notes of her “Is It Good Enough” ID (she’s been using as an opening for her recent shows), as candles illuminate a peaceful Alison Wonderland, rocking her FMUOASL tee. Cut to clips of her powerful, high energy shows; then suddenly, we see the news we’ve all been waiting for… “New Visuals / New Album.”

The energy packed into this teaser seriously gives us goosebumps. We’re so ready for AW to fuck us up on a spiritual level!

Tickets on sale July 14th at 10 am on www.alisonwonderland.com! 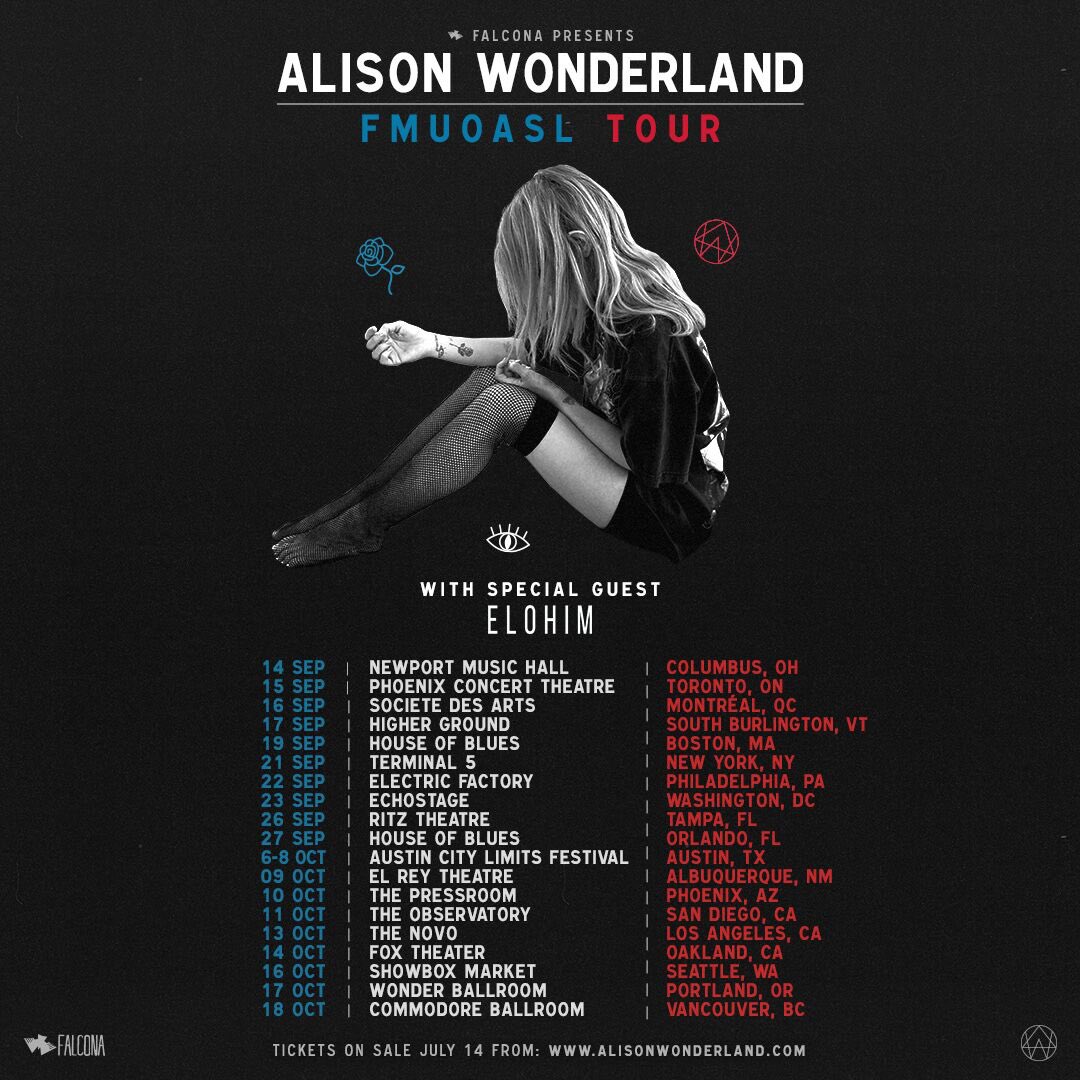 SoundCloud Isn’t Dead Yet, So Stop Freaking Out [Op-Ed]

Your EDM Interview: Dillon Francis, On The “Say Less” Music Video & “What Would Diplo Do?”

Your EDM Interview: Dillon Francis, On The "Say Less" Music Video & "What Would Diplo Do?"