Leak Reveals Avicii Is About To Drop 2 EPs, Not Just An Album

Avicii recently announced a comeback and shared an audio teaser that sent fans into a frenzy this week, and now we have even more info on the highly anticipated project from the legendary producer!

The sub-Reddit r/avicii leaked tracklist details (since deleted image below), potential release dates, and the inside scoop on the most exciting part of Avicii’s return thus far — the fact that his new album is actually broken down into a 2-part release.

Part 1, an EP entitled Lord was pictured scribbled on Universal stationary, listing tracks titled “Without You,” “Lonely Together,” “Friend Of Mine,” “You Be Love,” and “What Would I Change It To,” with the unmistakeable words — “Part 1” and “Lord” written nearby.

While the provisional release date for the first EP is set for September 8th, according to the same thread, the second release is expected to have an October release.

The leaked photo reiterates the producer’s hashtags on the original teaser for his new music! Check it out below, and get ready for 2 epic releases from Avicii soon! 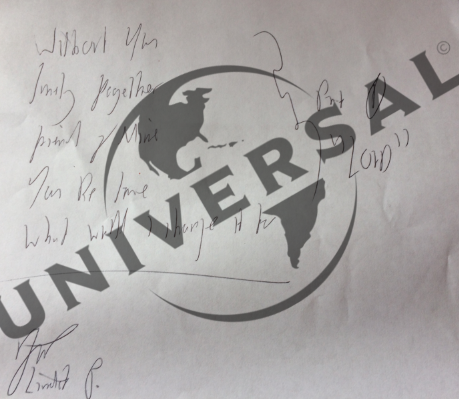 BREAKING: Check Out Ed Sheeran’s Cameo In The New Game of Thrones Premiere

BREAKING: Check Out Ed Sheeran's Cameo In The New Game of Thrones Premiere