The crowd at Ottawa’s Bluesfest this past Thursday was anything but calm, as tens of thousands of fans rallied around the venue to hear sets from headliners Lil Yachty, Migos and Flume. And while most crowds know how to stay relatively safe, security had their hands full on Thursday with immense crowds crushing those in the front railings who had camped out their spot earlier in the day and many rushing through gates and barriers to get in.

Reports from local news and photos taken from the scene depict a wholly uncomfortable fan experience as bodies were pushed up against the front rail to excruciating degree – some attendees even had to be rescued from the madness and pulled out of the crowd, some with bloodied faces.

Several reports also mentioned people throwing rocks at security, and full beer cans into the crowd, where they no doubt landed on some unsuspecting victim, turning an already uncomfortable experience into a painful one, as well.

One contracted security guard, speaking on condition of anonymity, said Thursday’s young crowd was considerably more challenging than on most Bluesfest nights.

“It’s like a war zone out there tonight,” he said, minutes after two of his fellow guards were “jumped” by a group of young men trying to burst through Gate 2. That altercation brought several Ottawa police officers running to the scene, though there was no immediate word on charges.

“People just want to fight us for some reason,” the guard said. “It’s crazy out there.” 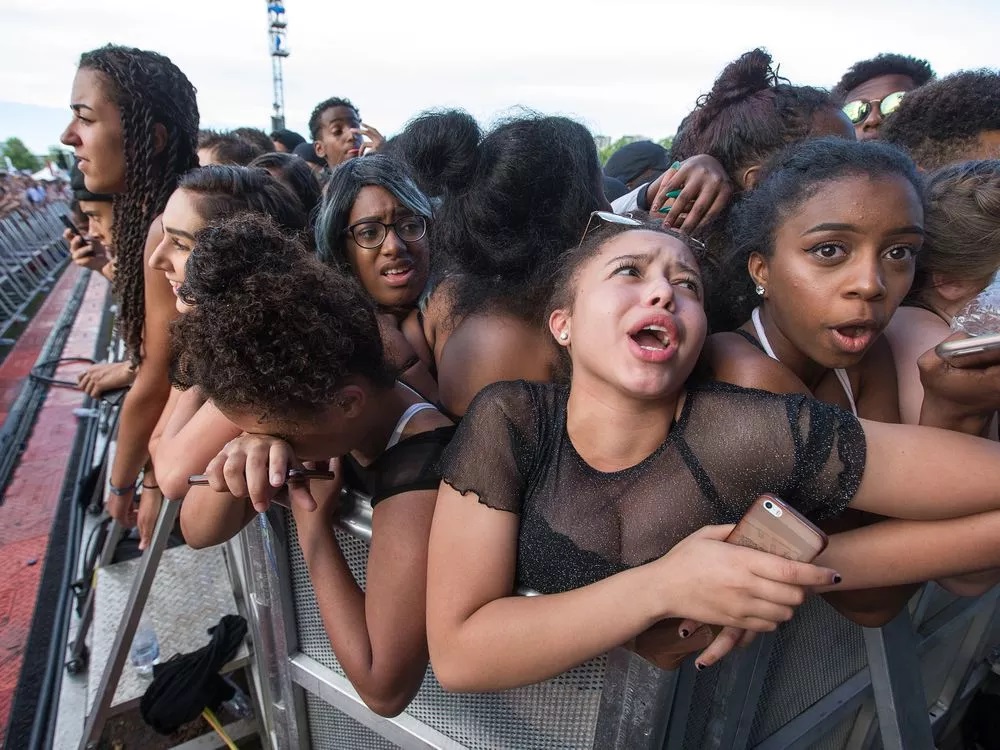 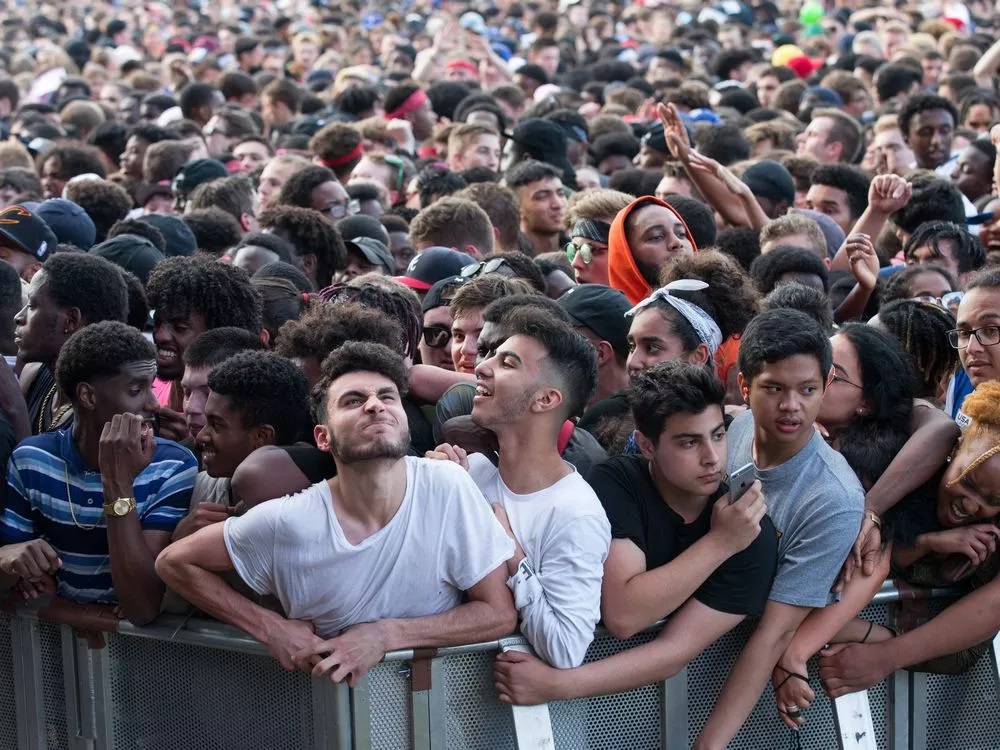 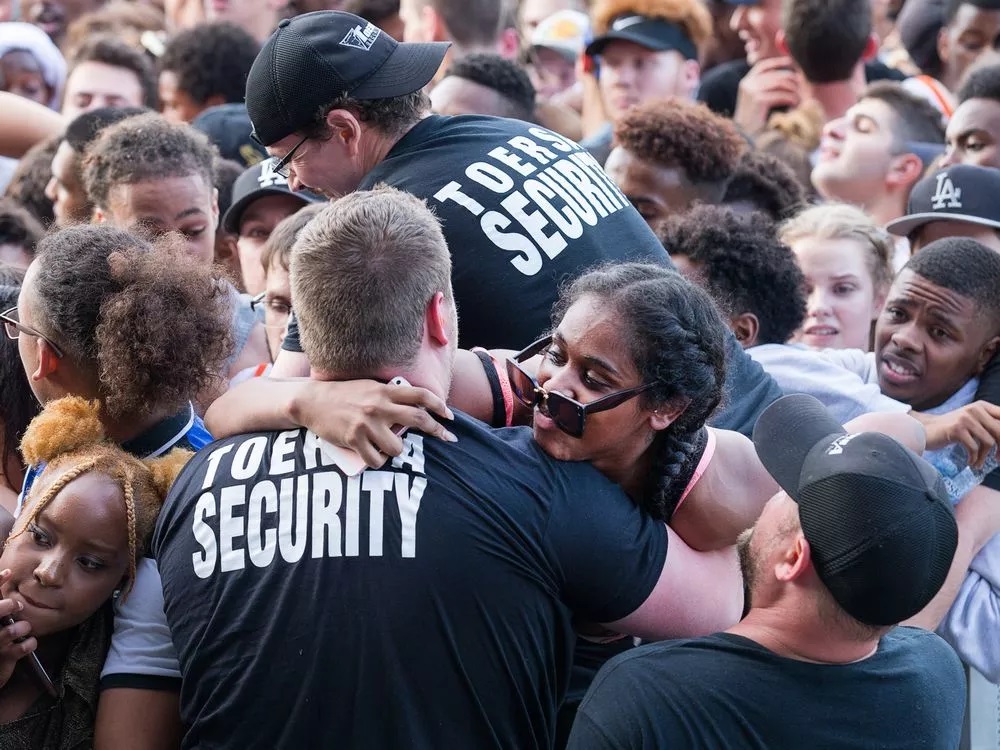 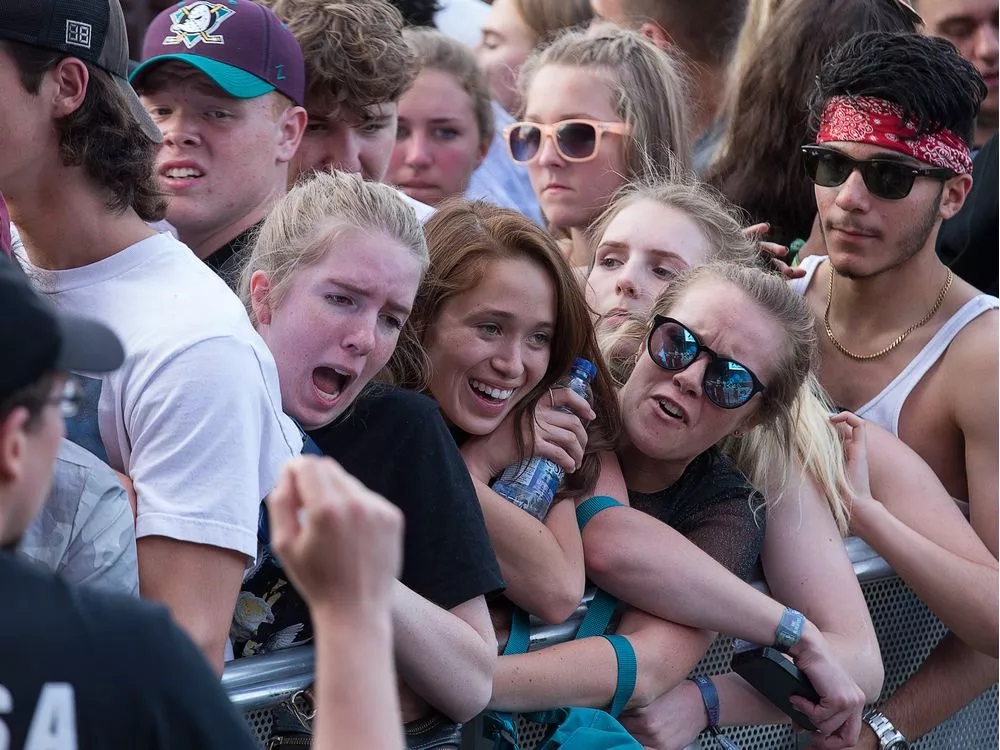 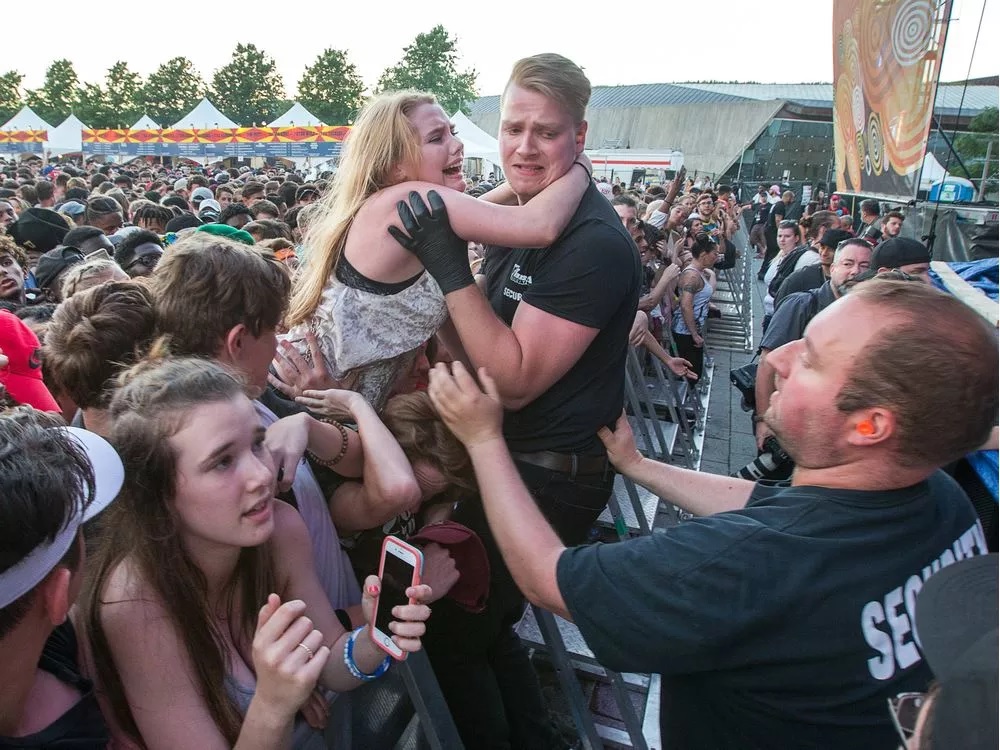 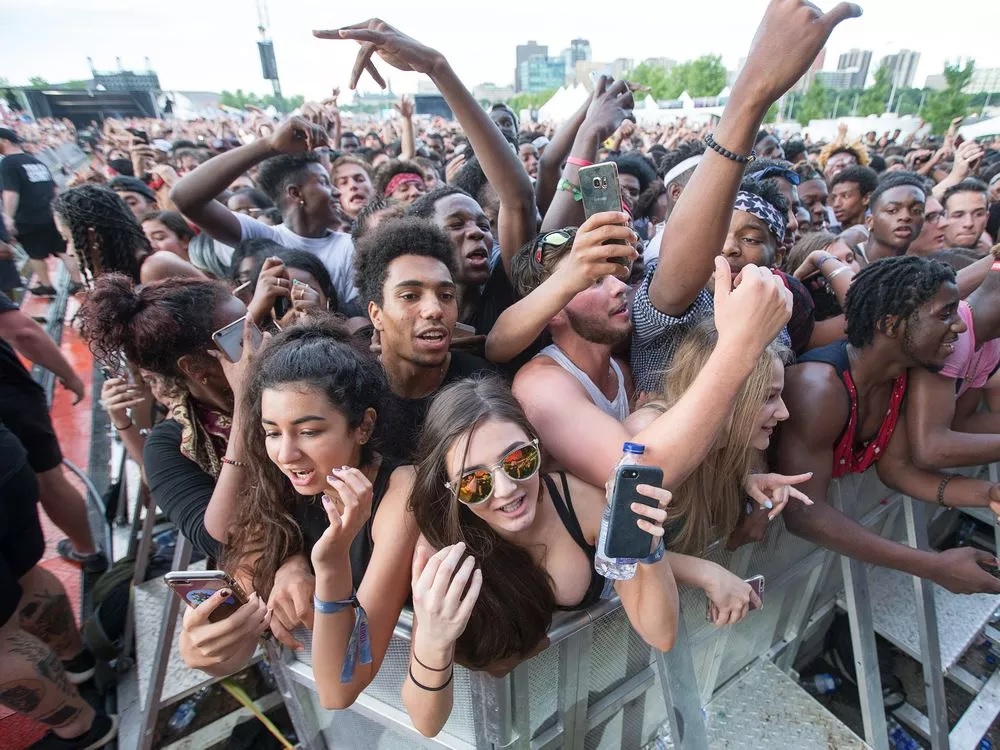