Ultra Europe Attendees Caught Up In Insane Wildfire Outside Their Villa

Traveling to festival in another country is supposed to be a fun and memorable experience! And while we certainly believe that Ultra Europe was fun and memorable, these revelers are going to remember their experience for an entirely different reason.

Adam McLachlan and his friends rented a villa outside of Split, where Ultra Europe is held annually, where they’d be able to travel to and from the festival with ease, while also staying comfortable in the downtime. What they weren’t counting on was a wildfire erupting just outside their windows.

The blaze quickly spread across 20km (12 miles) threatening first the villages of Srinjine, Sitno Gornje and Sitno Donje, near Split, and then the eastern side of the city, and eventually the village of Zrnovnica, where McLachlan and his friends were staying.

McLachlan later told local reporters: “All of a sudden, in just a few seconds, the fire was around us.

“We were not evacuated because there is no police near us, so the owner of the villa found us an exchange room in a hotel. It was scary, but we are all good.”

McLachlan and his friends earlier tried to beat back the flames using buckets of water from the villa pool… whether that actually did anything, it’s an admirable effort.

One local man died from a heart attack after he saw his house and olive grove burnt to the ground. 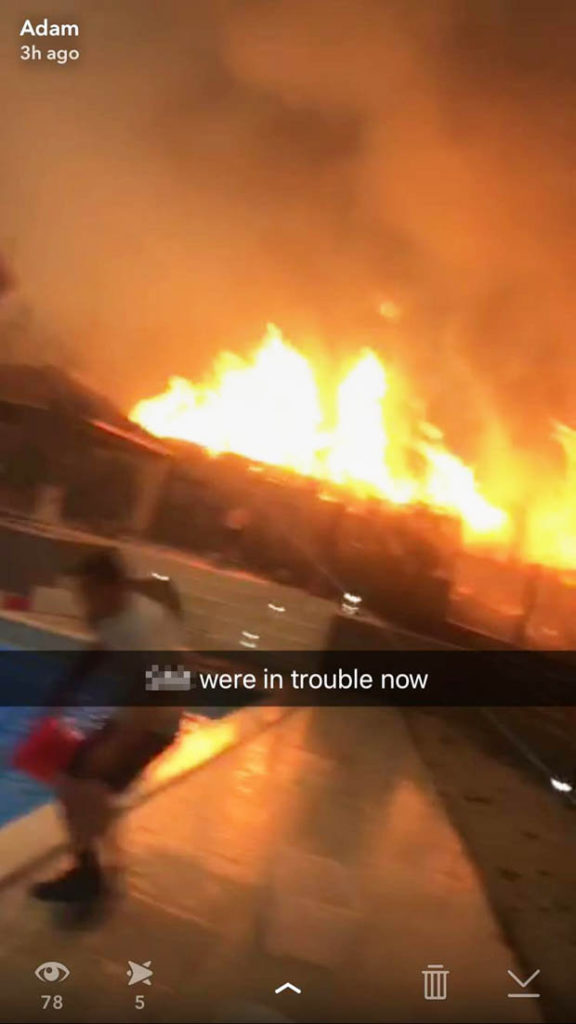