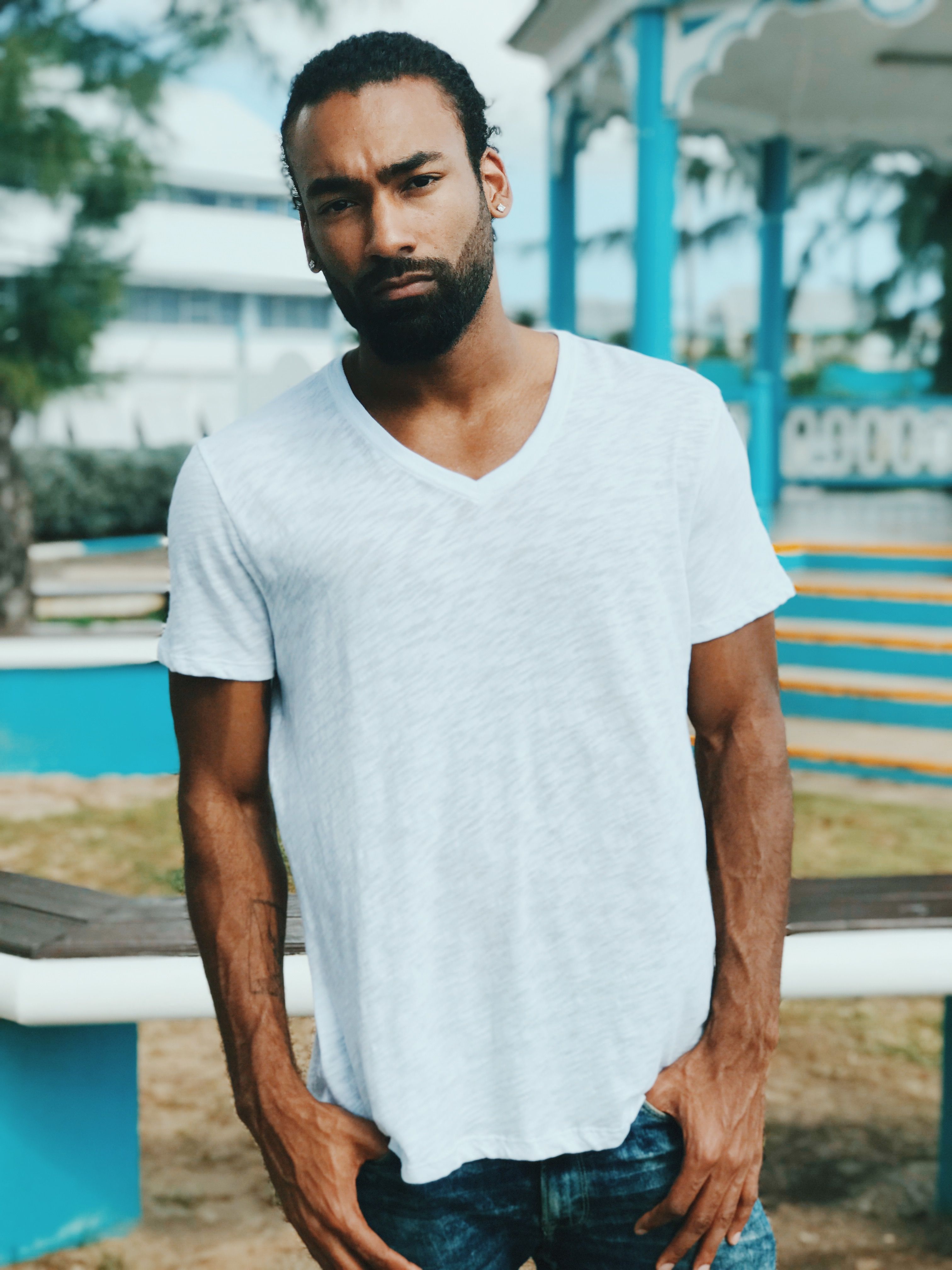 Summer is almost over, and for those who want to make it last longer, Drew Vision has good news for R&B and trap fans with his almost uncomfortably smooth sophomore EP, Shades of Summer. And by “uncomfortably smooth”, think Luther Vandross, R. Kelly and Barry White are put in a blender with a Pepto Bismol base. The resulting smoothie would be Drew Vision, with a little bit of hip hop and trap beats for a modern touch; the bee pollen in this smoothie metaphor.

The first single and arguably the most fun track on Shades of Summer is “Want ‘Em All,” which has a nice combination trap/R&B beat and a melody which is both sensual and emotive. The video for this track will have audiences understanding the Pepto metaphor, because half the video seems to be drenched in the pink liquid. The other half is so sexual – again, almost uncomfortably so – that perhaps the inspiration for the scenes which depict Vision with a female dancer were inspired by FKA Twigs’s video for “Papi Pacify” or, in the solo shots, a much pinker “How Does It Feel” by D’Angelo. That said, both song and video are gorgeous, evocative and a wonderful entrée into Vision’s smooth af world of trap-laced R&B.

Album opener “No Do Overs” is probably the track on Shades of Summer with the most conventionally trap-inspired beat, but to be clear this is hip hop trap, not EDM trap. It’s for chilling, not shuffling. Any EDM fans who are into R&B will love this crossover style, however, which sees “No Do Overs” as a great love song which even has a ’90s R&B-style guitar solo. “Feel This Way” also has some throwback style to it, with an electro autotuned vocal which makes the backing vocals sound like late 80s electro R&B a’la Cameo. “I Give Good Love” is more modern, with a sort of island theme which will remind listeners of early Rhianna, while the album closes with another standard R&B love song, “Deep Water.”

The quality of both vocals and production on Drew Vision’s second album plus his smooth and honest style will likely make him a shining example leading the way for the new crop of R&B artists; fusing modern beats with a silky, sensual voice is definitely one way to keep the listener’s attention in a pop market saturated with EDM.

Shades of Summer is out now and is available to stream of purchase on Soundcloud, iTunes and Spotify.