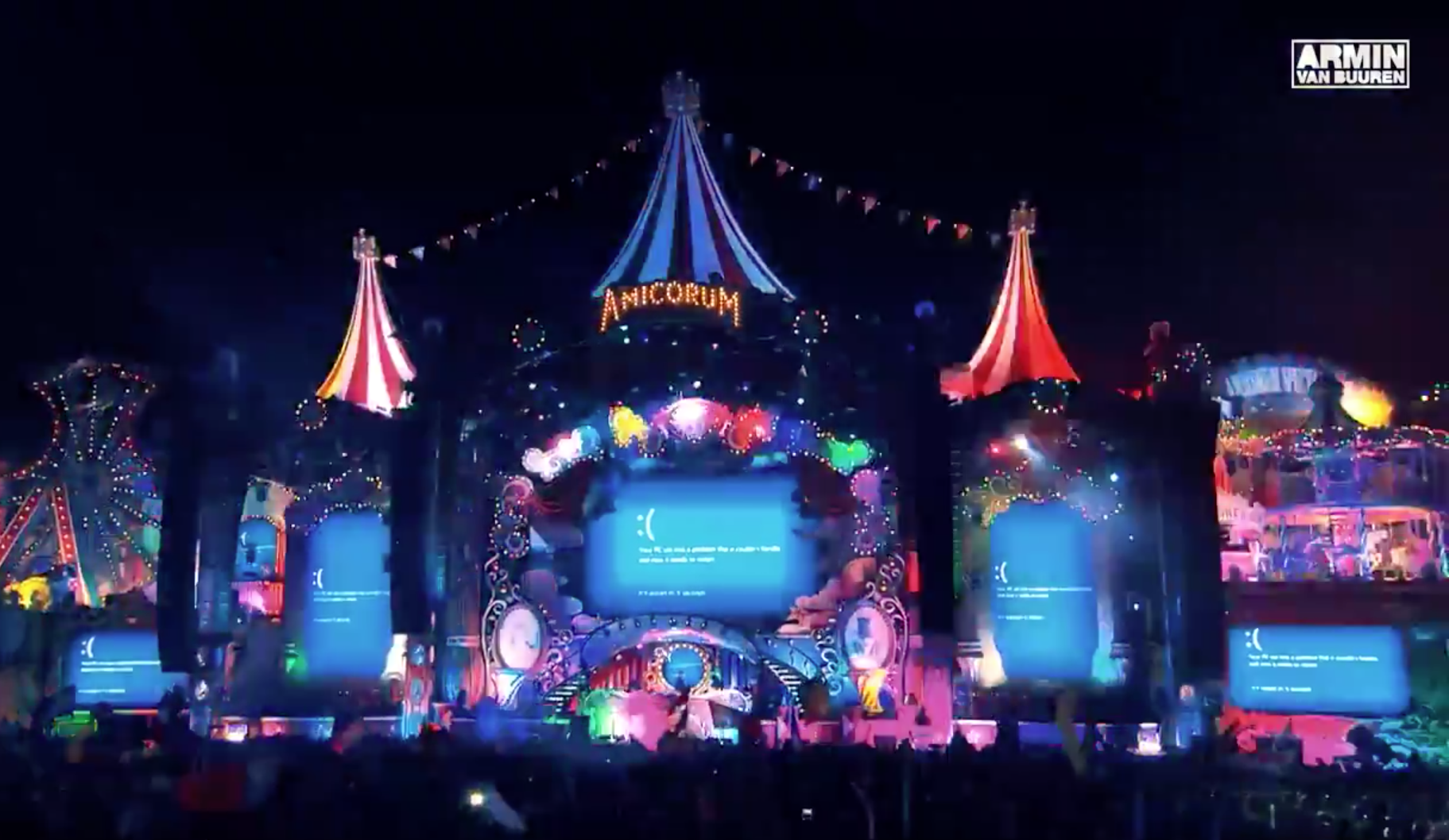 Armin van Buuren trolled the audience for a bit during his live performance at Tomorrowland 2017, but the biggest troll of them all, deadmau5 didn’t find it amusing…

“Technical difficulties at @Tomorrowland​,” Armin tweeted out with a video of the practical DJ joke. During the stunt a blue error screen appeared, followed by a full black out, and then the music festival’s main stage slowly came back to life he proceeded to run through a series of “tests.”

Everything started to make perfect sense as the producer segued into his track “This Is A Test.”

deadmau5 was quick to let everyone, including Armin, know he didn’t think the trick was cool… In fact, he thought it was straight up “dumb as f*ck.”

His mini-rant about the producer’s stunt then snowballed to include the “brain dead” crowd, EDM in general, and some kid named Jamie.

That was dumb as fuck.

Yeah let's do that thing deadmau5 did back in 2017 except make it more shittier.

I'm glad I don't. I'd hate to have to babysit brain dead fucks for a whole 90 minutes.