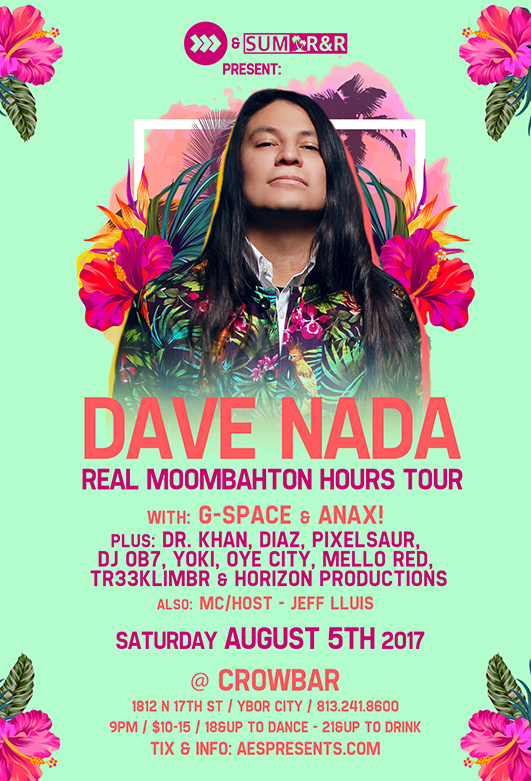 Among the numerous, underrated EDM subgenres, moombahton ranks as the most criminally neglected. An out-there, exciting genre that combines latin music, reggaeton and EDM, it rose to prominence as EDM gained popularity in 2012 but fell to the wayside as trap and other forms of bass music took over. Despite its short claim to fame, one group always championed moombahton: Nadastrom.

Dave Nada, the Nadastrom member who is credited for inventing the genre during a DJ set in Washington D.C. in 2009, has embarked on the Real Moombahton Hours Tour across the United States. This weekend he brings the tour to one of the cities that will likely appreciate the music the most: Tampa, Florida. Dave Nada will play at Crowbar on Saturday, August 5, with an appropriately stacked lineup: Nada himself, the Boston-based G-Space and a range of local talent, including DIAZ and ANAX! to name a few. As someone who appreciated Nadastrom’s venture to deep house in 2015 with their self-titled debut album, it’s a welcome surprise to see Dave Nada bring back his home-bred genre for a complete tour.

Tampa’s Real Moombahton Tours stop is being put on SUM R&R and Aestheticized Presents and runs from 9 p.m. to 3 a.m. Head to Ticketfly to purchase your tickets before they sell out!