With Manila Killa & Robotaki’s joint single “I Want You” with vocalist Matthew John Kurz amassing close to 600,000 streams on just Spotify in little over a week, the duo were quick to capitalize on two sold-out shows in Los Angeles. Now, they’re taking they’re taking the whole show on the road with a full North American headlining tour announcement.

Playing in marquee rooms across North America in cities like Toronto, Washington DC, New York, Chicago, Seattle and more, the duo will kick off on September 6th in Binghamton before wrapping up October 20th in Chicago.

Check out the full dates below and grab tickets here. You should also be on the look-out for a wicked remix pack for the single that’ll come out next week with up and coming artists Party Pupils, Bronze Whale, Kuur, and Motti all set to deliver their own mixes. 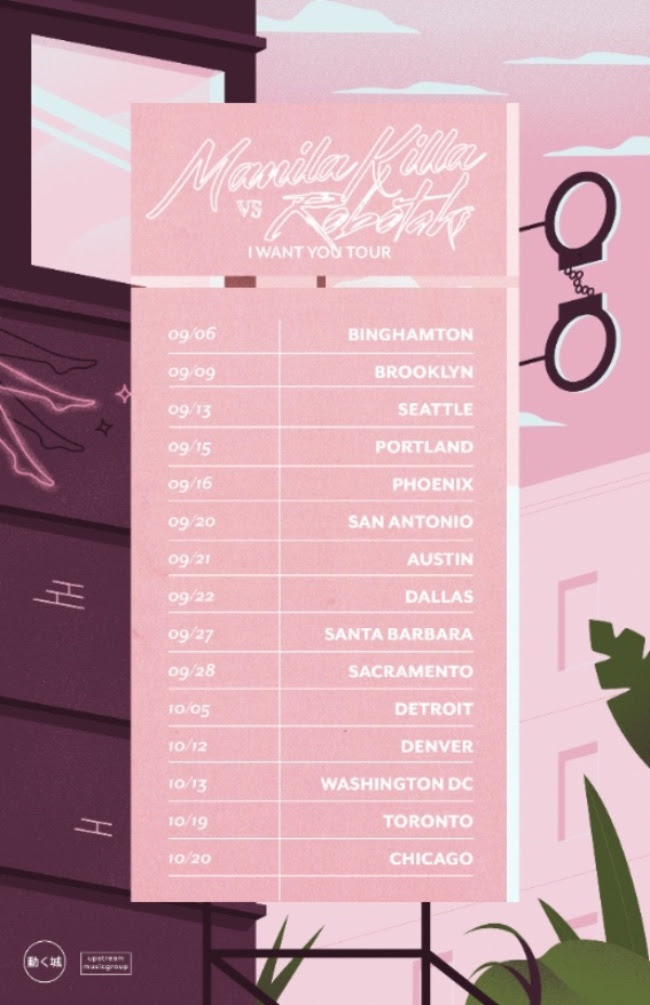