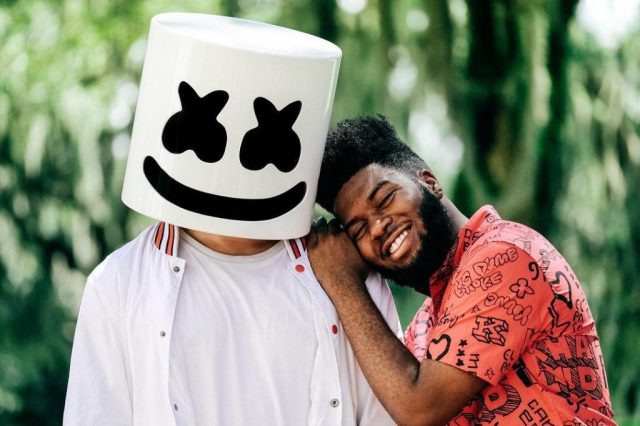 Marshmello, for better or for worse, has become of the most widely recognized faces in EDM. Recently earning a spot on Forbes‘ highest-paid DJ list, it’s clear the masked producer is here to stay. While he could likely score huge collaborations for his new singles, his newest track finds him linking with a fellow rising star.

Marshmello’s newest track “Silence” features the vocal talents of rising singer/songwriter Khalid, who’s quickly gained crossover appeal with hit tracks like “Location.” Much like his previous singles, “Silence” highlights the vocalist’s crisp yet saccharine lyricism before delivering a catchy, future bass-inspired drop. “Silence” seems destined for Billboard success, and its accompanying lyric video may help skyrocket it to the mainstream. As opposed to simply layering the lyrics over a static backdrop, the “Silence” lyric video cleverly juxtaposes lyrics with arty footage. The footage itself is split down between two parallel displays, including everything from home video-esque cinematography to Marshmello’s own concert shots.

Watch the “Silence” music video below: