by Jeffrey Yau
in For the lulz, Just For Fun

Having consulted Wikipedia thoroughly I can say that notable celebrity birthday for August 20th includes Demi Lovato, Andrew Garfield, Amy Adams and a whole lot of athletes. What they don’t include however is Skrillex. But don’t tell DJ Snake that because he wished Skrillex happy birthday anyway.

In a since deleted tweet, shout-out to EDM Sauce for the screenshot, DJ Snake posted a photo of himself and Skrillex to celebrate the music icon’s birthday. Unfortunately, he was 148 days early (or 217 dates late) depending on how you look at it because Skrillex’s actual birthday is January 15th. 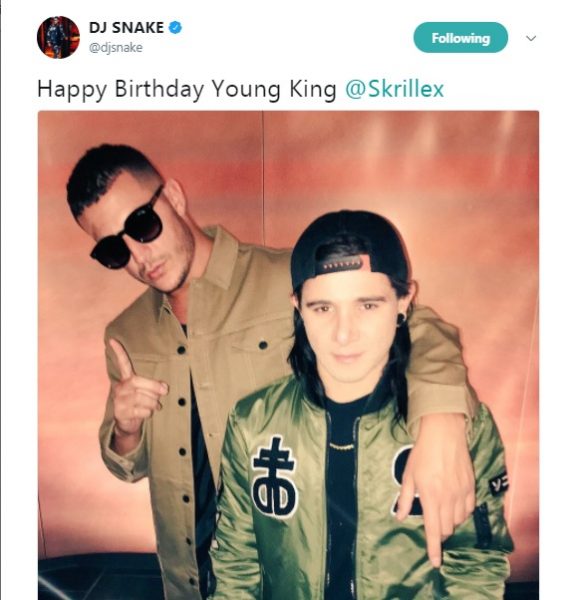 On chill with @Skrillex @ufc pic.twitter.com/wrvtI9t3A5

And for what it’s worth, DJ Snake also tweeted the exact same photo on Skrillex’s actual birthday seven months ago.

Said The Sky – Pray For Me (ft. Origami)