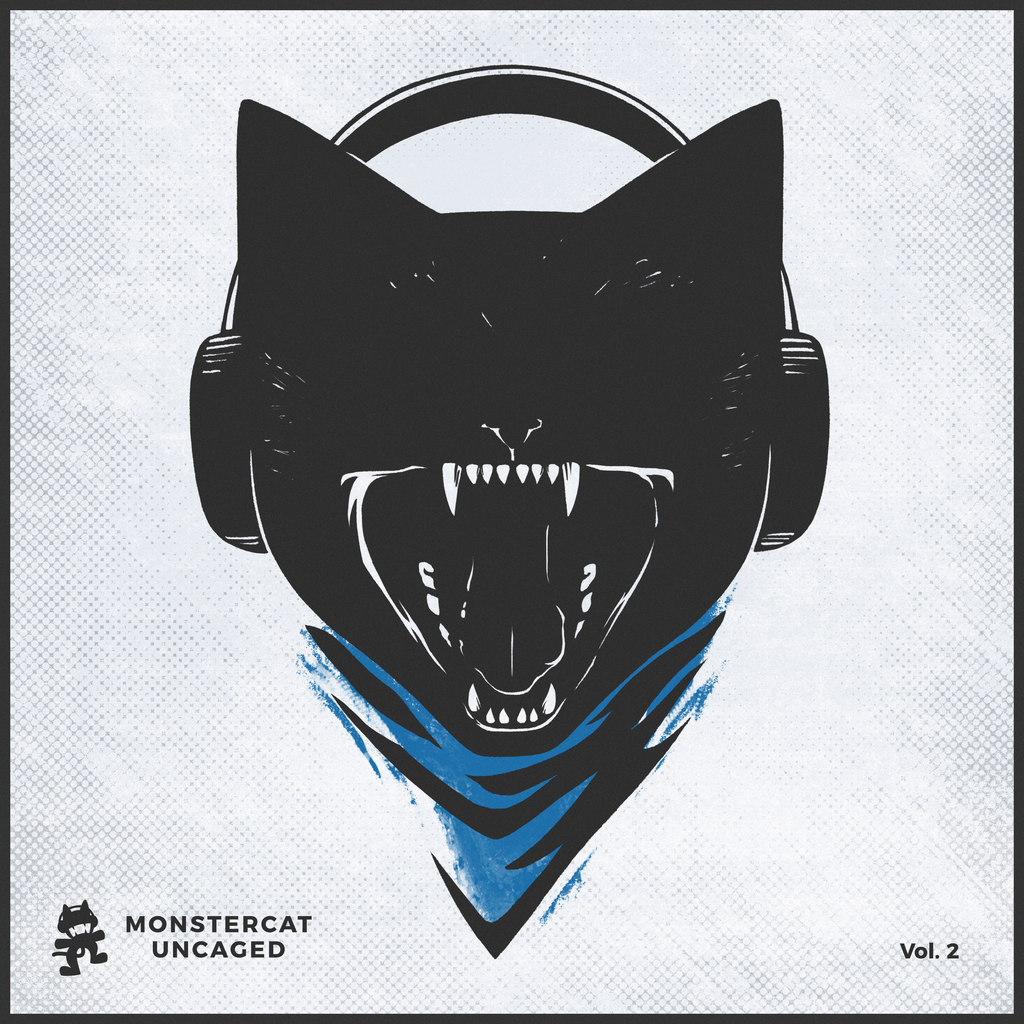 Less than two months after their collaborative compilation with Rocket League, Canada’s native independent EDM label Monstercat is back with yet another insane album. Continuing back on the “Uncaged” path that the label began to pursue earlier this year, Monstercat’s newest compilation is fittingly – and I mean this in the best way possible – as big and bad as ever before.

Much like compilations past, Monstercat Uncaged Vol. 2 holds strength in its stylistic diversity, featuring a mix of softer-set future bass, festival-smashing trap and wilder-than-ever brostep. Of course, this is just a small taste of what the compilation has to offer in terms of its genre selection… Even fans of french electro, minimal D&B and synthpop will be able to find some familiar ground on this album.

As usual, Monstercat has once again delivered in the recruiting department, with both newcomers and superstars alike joining the label’s expansive roster. Debuting on Uncaged Vol. 2 are Slander, RIOT, Crystal Skies, Popeska, Mindsight, Spyker and Dougal, as well as a slew of talented vocalists (Nevve, Emilie Cyréus and Eric Leva, to name a few). Fan favorites like Vicetone, Tut Tut Child, Droptek and Grabbitz have ended their lengthy hiatuses to join the compilation’s lineup as well.

While no Monstercat compilation is worth missing out on, Uncaged Vol. 2 is most definitely a special one that should not be underestimated. No matter what background you’re from, this compilation will have something for you, guaranteed.

Coming from the guys that brought us “Frequency” in 2016, “Over the Edge” threw fans into a complete loop. Though the song’s surprising bounce drop may have alienated some listeners, it is simply undeniable that AU8UST‘s soulful pop vocals pair perfectly with the instrumental’s more reserved house beat. Definitely a different style coming from Kayzo and Gammer, but something we can undoubtedly appreciate.

When Stephen Walking and 7 Minutes Dead announced their combined moniker Orbiter, I was a more than a bit skeptical. A radical change in style for both producers made “Want You” an extremely awkward single, but the Orbiter EP totally flipped my thoughts around. Capped off with the infectious “Discovery,” the EP showed that Stephen Walking and 7MD had even more chemistry together than fans anticipated.

Dion Timmer – Till I Make It feat. Tima Dee

Purists found a lot to complain about in Dion Timmer‘s first couple Monstercat releases, to say the least. To put it in simple terms, “Till I Make It” shut those fans up real quick. The track – which was supported by UKF – is a more melodic, euphoric approach to dubstep, perfectly complimented by the poppy vocal styling of Tima Dee. I haven’t heard a single negative comment about this track, and that’s well-deserved.

As an Enhanced fanboy, I was thrilled to find out that the men behind the KUURO project were none other than Luke Shipstad and Juventa. The announcement was accompanied by the release of what is debatably the duo’s best track to date, “Possession.” The song is both epic and hard-hitting, managing to combine KUURO’s most appealing elements into one 3-minute masterpiece. Thought this song may sound slightly like a moombahton edit of Skrillex‘s famed “Red Lips” remix, “Possession” still deserves some serious love.

Grant refuses to disappoint. Be left speechless as he and Jessi Mason take you on a journey through the loss of childhood innocence with one of the most unique productions in Monstercat history. No more words, just listen.

Listen to Monstercat Uncaged Vol. 2 and buy the album below:

Support on all platforms: Monstercat.lnk.to/Uncaged-Vol2