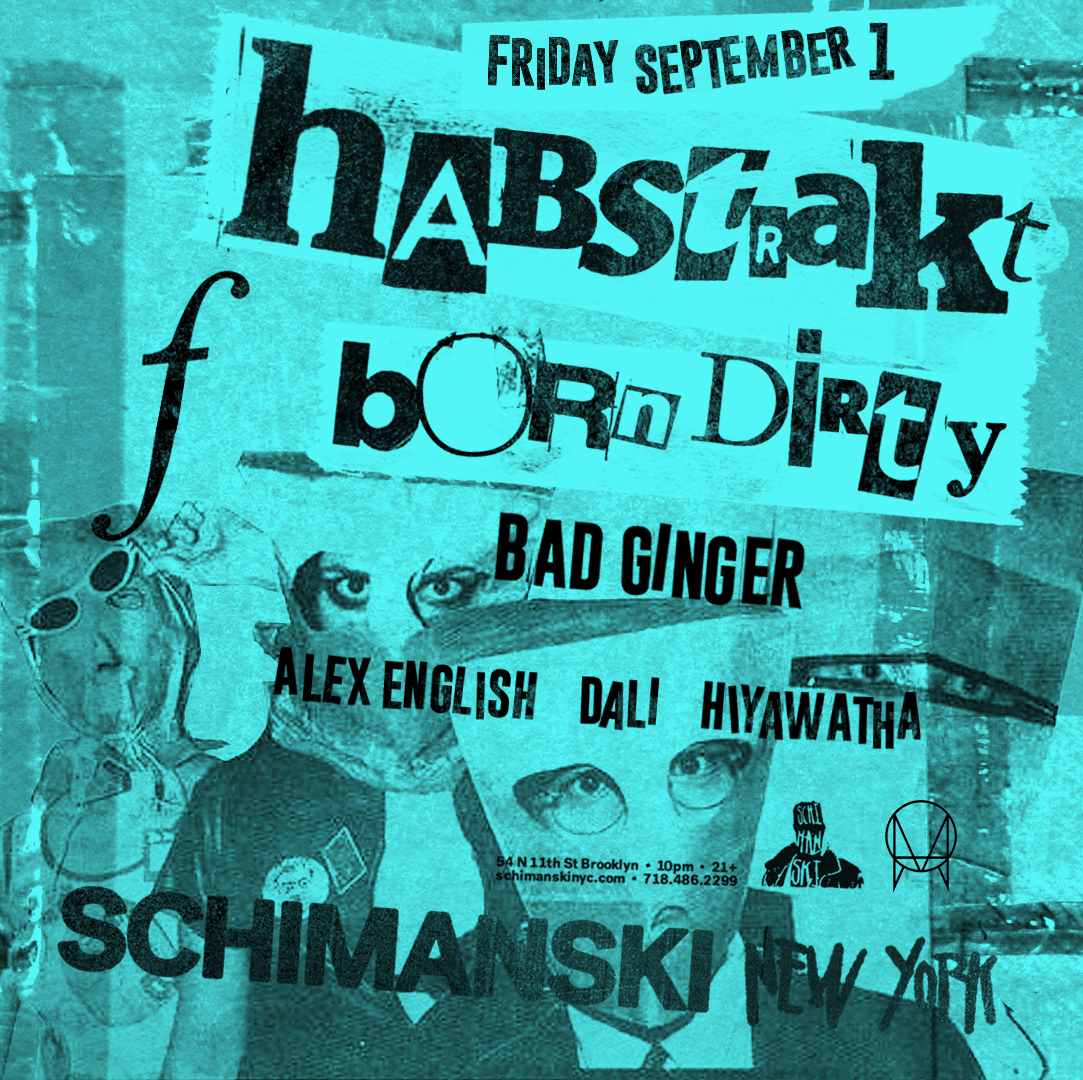 This Friday, French bass phenomenon, Habstrakt is hitting the stage at Brooklyn’s Schimanski. Delivering a range of sounds from house to dubstep, this is the go-to party for your afterparty festivities. (Because remember, Electric Zoo is going down this weekend, too.)

This year he released a collaboration with Skrillex titled ‘Chicken Soup’ on OWSLA’s new house project HOWSLA which the label head himself premiered at his surprise Coachella set. He has gained huge support from some of the biggest names in the the scene such as Flux Pavilion, Borgore & Datsik amongst others.

Born Dirty will be joining the stage with their hard hitting basslines and dirtybird style bangers.