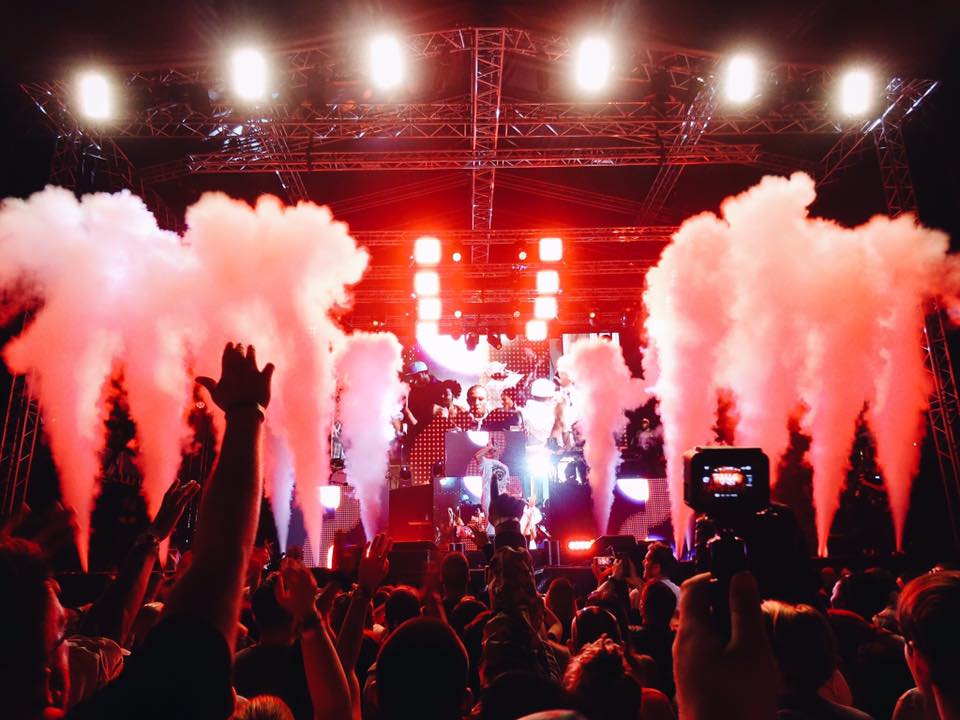 Will Smith & DJ Jazzy Jeff teamed up to perform at Livewire Festival over the weekend, closing out the music festival in true 90s fashion! The hip hop pioneers cranked out hit after hit, performing classics like “The Fresh Prince of Bel Air,” “Summertime,” “Gettin’ Jiggy with It,” “Miami,” and “Men in Black,” which was all to be expected. Then, something crazy happened…

Will Smith got on the mic and introduced the dynamic duo’s first new song in nearly 20 years:

“I wanted to make a song that allowed people to let their light shine. We all have an inner light and sometimes this world… people can say stuff to you and tell you you can’t do and you know you can but when they tell you that it kinda knocks you down a bit right so I wanted to make a record that reminded each and every one of y’all to let your light shine.”

Enter “Get Lit,” a full-on EDM track, performed for the very first time at Livewire. The crowd seemed to dig it, and the message was there, but watching the playback, something about the song seems forced. As “lit” as it sounds, it’s lacking any invention and stripped of the freshness so easily detected in their earlier work.

We want to love it, but it’s a far cry from anything on Big Willie Style… Maybe it will grow on us? Watch here!