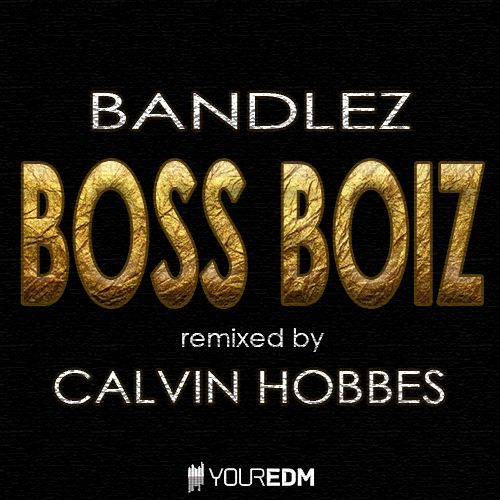 Your EDM has had its eye on Calvin Hobbes since late 2015, as he appeared in our “Artists to Watch 2016” list, and has just grown from there. This young artist who jumps from trap to dubstep to drum and bass and brands his sound as “future grime” has remixed the likes of Zomboy and Diplo, and recently caught the attention of Kill Your Ego and Firepower recordings. His remix of Bandlez’s “Boss Boiz” appears in Firepower’s new promo compilation.

Calvin’s remix of “Boss Boiz” is a definite step away from Bandlez’s more traditional dubstep original, as it’s much more glitchy. Though it’s likely still done at 140 BPM, this remix seems as though it’s faster because all the gaps are filled with techy synths and mid-beats. Calvin’s own term of “future grime” certainly applies here, with lashings of techstep and neuro from the drum and bass side of things as well as some IDM for good measure.

Calvin Hobbes will be featured on other remixes in the future, most notably on Run DMT’s remix album of Revolutionaire. He is certainly not just a remix machine, however, and more original music is upcoming. In the meantime check out this Your EDM exclusive and check out Calvin Hobbes’s Soundcloud for more info and for the Firepower mix.