by Your EDM Staff
in EDM News, Tech

In the 10 days since Apple unleashed its next-generation flagship product the iPhone X along with several other devices, the tech giant’s market cap value has fallen $50 billion. According to NYSE data from FactSet, Apple had closed September 11th with $834.9 billion. 10 days later at trading close on September 22nd, that value slipped to $782.5 billion. This comes after a not-so-good demo of the iPhone X’s biggest new software advancement and an Apple Watch that’s shipping with issues in tow. 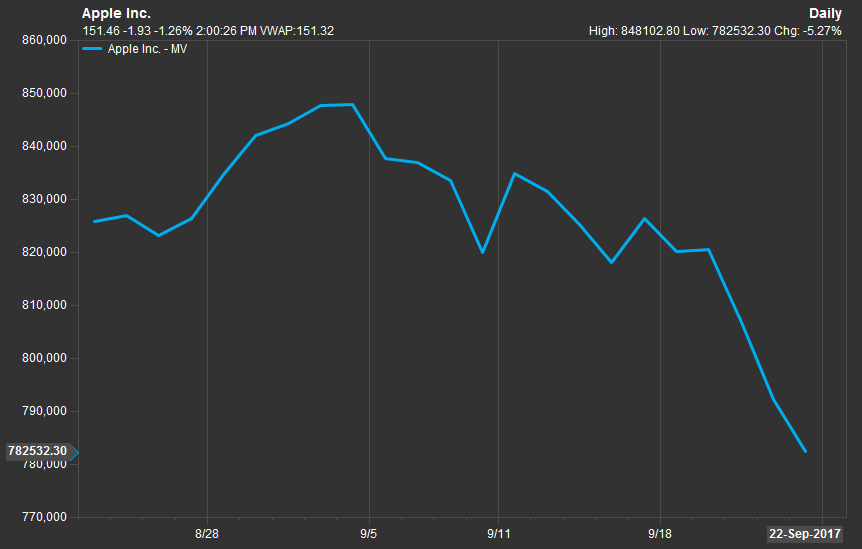 All in all, Apple closed the week down 5% – the most negative impact point on the S&P 500. Former top Apple analyst Gene Munster had this to say about the downtrend in valuation after predicting a 10% downfall following the announcement a week before it happened.

“The simple reason is this: The stock’s up 50-plus percent in the past year because investors have been anticipating the return to growth of the iPhone. As soon as that product comes out, people are going to shift their focus to the March and June quarters of next year. That’s when the iPhone cycles are made or missed.”

Whether or not he’s right in regards to this decline in valuation, $50 billion is a lot to lose.

Hardwell Premieres Afrojack Collaboration “Hands Up” on Hardwell On Air

Hardwell Premieres Afrojack Collaboration "Hands Up" on Hardwell On Air