If you were one of the lucky ones that heard Skrillex drop his “Humble” remix during his sparsely scattered sets over the summer — you might have noticed the newly released track sounds a little different.

The “imma drumma” sample is noticeably missing from Skrillex’s “Humble” remix that was unleashed on music world yesterday. Although the song still bangs, many fans are definitely missing the effect, which gave the song’s gnarly drop some additional edge.

Skrillex took to Twitter to explain exactly what happened… Apparently he simply couldn’t get clearance to use the old hip hop vocal samples mixed into the original “Humble” Skrillex remix demo.

Shoutout r/Skrillex for the insight: 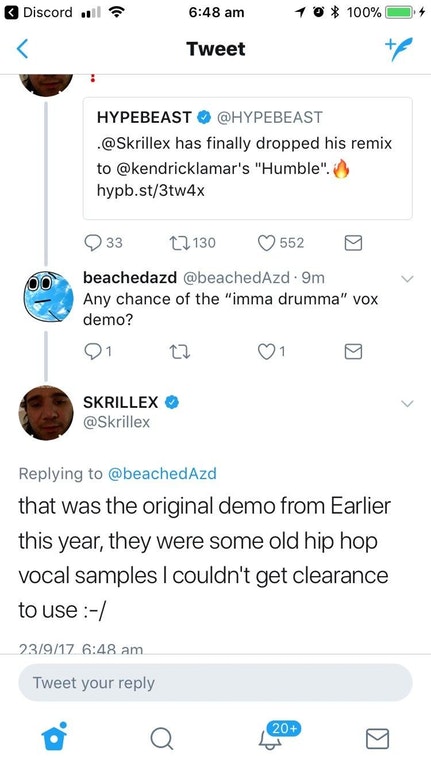 Reddit user rilehr did his best to recreate the demo version and it’s pretty spot on (check it out here).

With or without the “imma drumma” sample, this remix is absolutely fierce!