Earlier today, across the planet, Storm Festival Shanghai 2017 was raging on. Perhaps a bit too literally. According to sources at the festival plus social media posts from many of the festival’s performers, it looked like due the hazardous conditions, the festivities had to end early.

According to comments from headliners Axwell Λ Ingrosso’s last Instagram post, the duo supposedly didn’t take to the stage at all leaving fans disappointed. An Instagram user by the name of @johnnyvane23 claimed that Storm had officially been canceled. 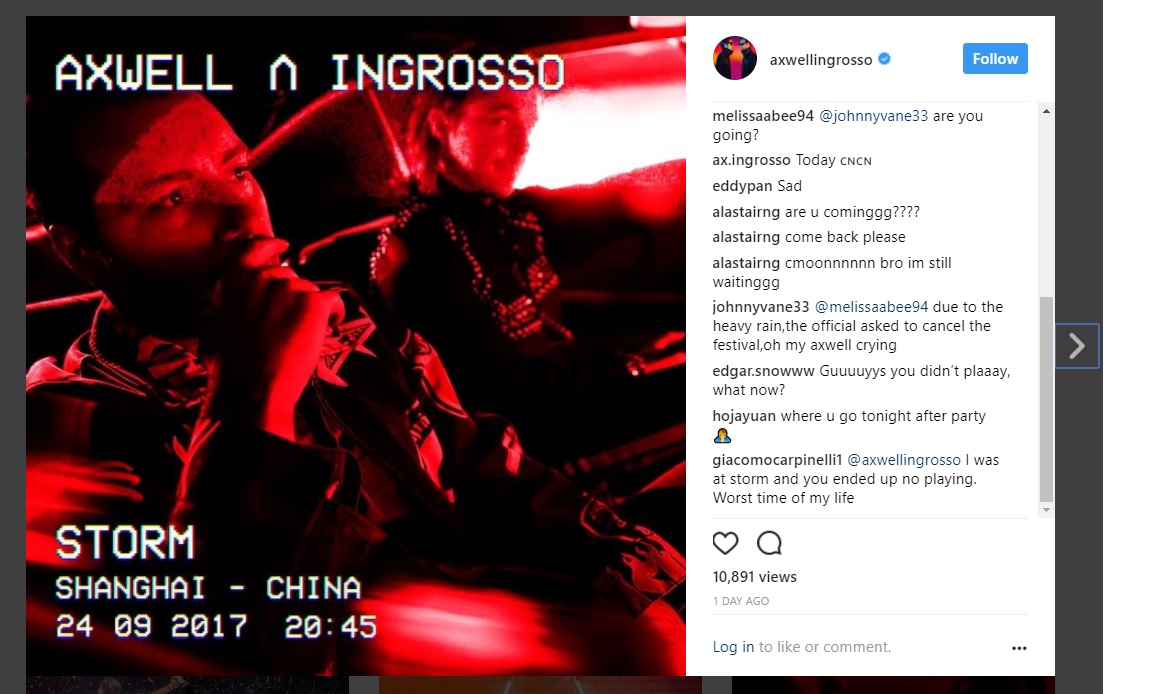 Fellow headliners The Chemical Brothers also took to social media to apologize for canceling their set early saying that their gear was “completely flooded.”

Sorry we couldn't finish our dj set in shanghai tonight but that torrential rain was insane and the gear was completely flooded. Thanks to everyone who stayed and braved the elements 💦☔️☔️✌️🙏

Instagram stories from both San Holo and Don Diablo show just how intense the downpour was, as festival staff rushed to protect equipment from the torrential rain.