by Matthew Meadow
in Tech, Worth Sharing

A lot can be discerned by a product’s or event’s success in the longterm by the hype at the launch. Festivals like Coachella, EDC or Lollapalooza; products like the Wii, Switch, or iPhone 7… all of these are or were characterized by an insane amount of hype at their launch.

For the iPhone 8… not so much.

The phone doesn’t have a lot of improvements over the previous models, and it has affected people’s perception of the phone worldwide. For example, in China, only two people showed up for the phone’s official launch. Barricades were set up for the anticipated line, but had to eventually be put away due to the stark lack of interest.

According to Chinese media, somewhere between 30-40 security personnel were present for the launch. At 8:00, when the store opened, only 2 people were queued. By 8:43, security began putting away the barricades. 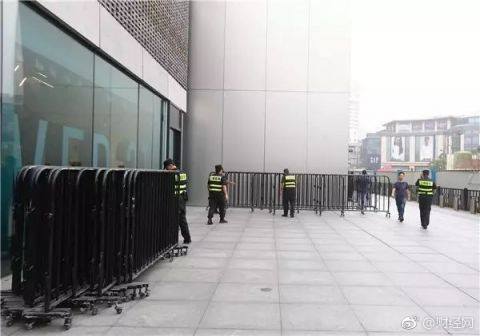 If case you think this is normal in China, you’re wrong.

The launch of the iPhone 7 was a smashing success, so much so that people were reselling their phones right outside the store once they purchased them. The phone was sold out in minutes.

Hopefully the launch of the iPhone X will drum up some additional excitement, because this doesn’t look good, especially considering Apple just shed $50 billion in valuation.