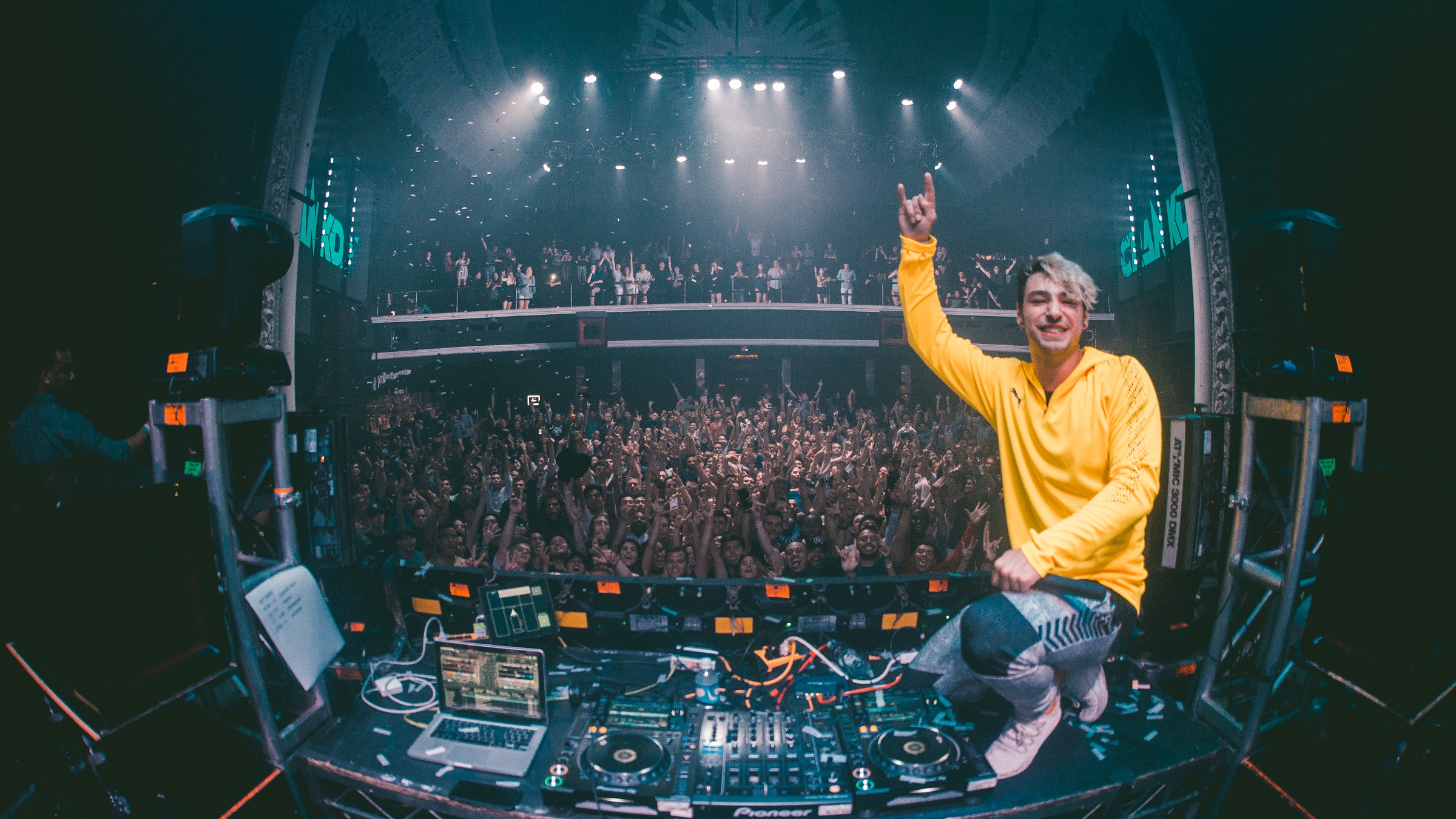 “You say no to ratchet pussy.”

It’s easily one of the more well-recognized lines in dance music, and it comes from Zeds Dead’s seminal foray into trap music, “Ratchet.” The genre was just blowing up in 2013 and Zeds Dead was there to see what it was all about, and turned out to be one of the most lit tracks of the year.

Now, four years later, one of EDM’s strongest remixers, Crankdat, is trying his hand at the track with a whole new twist. The track comes in at just under 2 minutes, 30 seconds, so it’s come and gone before you even realize it. That being said, it doesn’t waste any time getting to the good stuff, either.

The first drop is a pretty barebones dubstep jaunt, with lots of bleeps and bloops. The second drop turns the energy up with some more raw synths and a harder percussive element. The final drop brings in a bit of moombah flavor, bringing the BPM to 110 and giving it a bouncier feel. This is truly a DJ tool anyone can use to mix in and out of, with a great variety of sounds.

The track was played last Friday as Crankdat opened for Krewella during their show at the Hollywood Palladium in Los Angeles. Before his set, I was able to sit down with Crankdat and ask him about his experience releasing his first original.

Great. They really believe in my music. I don’t want to say they encouraged me to drop out of college, but they told me that it was the right decision to make. I was going to Kent State at the time, I made it halfway through my sophomore year. And right now I’m 20.

When you dropped out to now, you’ve toured most of the world…

I’ve been to Asia and Australia, but I still haven’t been to Europe. Really hoping to hit there soon. Would love to go to Florence, Italy, just as a tourist. Probably London, Greece…

The last time I saw you was at Global Dance in Denver, about two months ago. What have you been up to since then?

That was my first time in Denver, that was rad. Since then… keep on keepin’ on touring and making new music. I released my first original, “Dollars.”

I was on tour in Asia, and it was about two and a half weeks – I’m not in the studio during that time, because I’m bouncing over China, Thailand and Vietnam. So pretty much what happens with me is, when I don’t go to the studio for a certain amount of time, when I come back, I’m really quick and snappy with – in my opinion – really good ideas. So “Dollars” happened when I got back from that tour, which is the longest I’ve been out of the studio in a very long time. And that was the culmination of me starving myself and coming back with more creative force. It’s doing really well, we’re really happy with the progress that it’s made. It was definitely a learning experience – there’s a lot of stuff that goes into releasing original music that’s not really the same as putting out remixes. There’s a lot to be learned from doing your first solo original record. Stuff that you don’t really think about, like planning.

As far as remixes go, like with Soundcloud, you really didn’t have to plan that much. It’s all really internal, you don’t really have to plan alongside anybody else. Whereas with original records, if you want to do it properly, you want to do it with a team, with a label, with anyone… whatever your scenario is, you have to plan. And it has to follow a timeline and everything works out.

You did just release another remix for Blackbear though, right? How’s that doing?

Really well. That was a remix that I actually made… It was funny. I made that the first time I went to Vancouver. And it came out three days after the second time I was in Vancouver. I realized as soon as I uploaded it, “Huh, this is kind of funny.”

Most of your remixes are solo productions. Would you consider working on one with someone else?

Yeah, I’d love to. The main reason I do so many solo is I just work so fast on my own; and, getting back to why an original is harder than a remix, with a collaboration remix you have to put a lot more planning into that, as well. Just because it has to work in with both artists’ release schedules and plans.

So what are your plans for the next original?

I’m not going to tell you too much about it, we’re still working out the details. But I’ll tell you this: the next original wasn’t really planned. It came out spontaneously. I’m very excited about it.

So, I’m going to take a guess here… a lot of producers will start a remix and discover that it sounds much better as an original. Is that the situation here?

That is very close to being the situation.

Yes, I’m on five of their dates and [Los Angeles] is the first one. I haven’t had much time to hang out with them yet. I got to meet them for the first time a few months ago at a house party, then aside from that we’ve only really spoken over text and the phone. I’m really looking forward to spending a bit of time with them on the bus and getting to know them.

Is there any chance next year of a headlining tour for yourself?

Yes. There is. That’s all I’m going to tell you about it! [laughs]

Let’s talk a bit about what you do outside of music.

I pretty much do three things: I make music, I go to the gym, and I play Xbox. Right now I’m hooked on Destiny 2. I also like to pet my cat.

Is that a euphemism?

[bursts out laughing] No, that is not a euphemism. I like to pet my cat. That is a great animal. [pauses] Very furry. [laughing] I’m not even sorry. His name is Kobie.